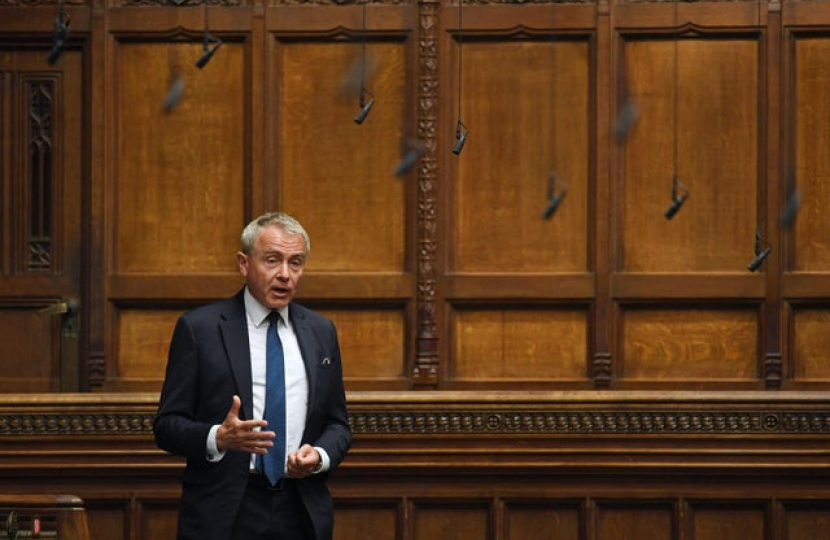 Sir Robert Goodwill told MPs that “despite the rhetoric from the government” orders for the promised 4,000 zero emission buses have not come through.

I beg to move,

That this House has considered zero emission buses in the UK.

It is a great pleasure to open the debate under your chairmanship, Mrs Murray—indeed, we will be turning the tables this afternoon when you serve as a member of my Committee—and I thank the Backbench Business Committee for allowing the debate.

I am chair of the all-party parliamentary group for the bus and coach industry, and my comments will relate mainly to the manufacture and delivery of green buses in this country. There are many other connected issues, such as the franchising operations and how those are delivered, and the fares that are charged, but, given that one of the major bus and coach manufacturers, Alexander Dennis Ltd, is located in my constituency, I will concentrate on manufacturing. Alexander Dennis Ltd also has a factory in Falkirk, and I am sure the hon. Member for Falkirk (John Mc Nally) will be commenting on that.

Alexander Dennis Ltd sprang out of the Plaxton company, which has been established in Scarborough for more than 100 years, and it has 31,000 vehicles in service around the world, including the three-axle double-deckers that we see on the streets of Hong Kong, 200 battery electric vehicles being delivered to the Republic of Ireland, and 200 Enviro500 top-of-the-fleet double-deckers, which are being delivered to Berlin. The company truly is making a product for the global market.

Alexander Dennis Ltd employs 1,850 people in the United Kingdom on eight sites, and the company can deliver diesel buses—the traditional motive power—as well as battery electric buses, which make up the majority of the new-generation buses it produces, and hydrogen buses, on which other manufacturers are majoring.

Later this year, Alexander Dennis Ltd will deliver a fully autonomous bus. In some ways, it is amazing that the company is ahead of the rail industry. Apart from one or two examples such as the docklands light railway, the majority of trains still have drivers, despite the fact that trains run on rails and do not need steering, whereas Alexander Dennis will deliver a new generation of autonomous buses—driverless buses—which I believe will lead the way in making buses even more cost-effective.

Why are we here today? I am afraid that, despite the rhetoric from the Government, the orders for the 4,000 promised buses are not coming through. We were promised 4,000 zero-emission buses under the ZEBRA—zero-emission bus regional areas—scheme. We were told initially that they would be delivered during this

Parliament, and Members will understand why the manufacturers got themselves geared up and ready to produce those buses. Then we were told, “Well, the buses will be on order by the end of the Parliament.” Most recently, we understand that funding will be available by the end of the Parliament. I am afraid, Minister, this is not good enough. We need to get those buses on our streets and delivering not only for those who work in the bus industry but for those passengers who genuinely want to use an environmentally friendly mode of transport.