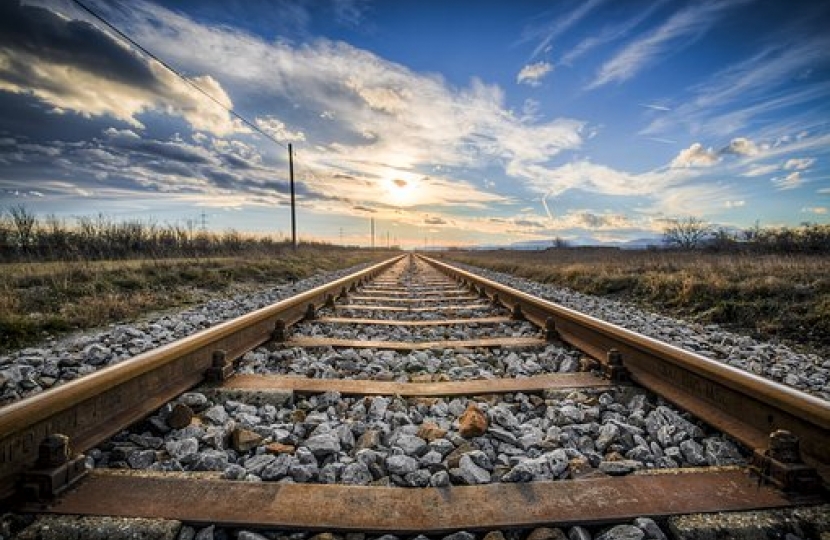 Robert Goodwill, the Conservative candidate for Scarborough & Whitby, has today called for the delivery of HS2 and Northern Powerhouse Rail in full.

Robert is the latest politician in the region to back the Connecting Britain campaign, which argues that transforming connectivity from the Midlands to the North will help support economic growth, improve productivity, boost jobs and skills, increase prosperity and support a transition to a low-carbon economy. The campaign is backed by senior political and business leaders from across the North.

After decades of underinvestment in rail infrastructure, the plan for HS2 and Northern Powerhouse Rail combined represents a once-in-a-generation chance to transform connectivity. According to Transport for the North, Northern Powerhouse Rail would increase the number of people able to reach four or more northern cities within an hour from 10,000 today to 1.3 million.

“HS2 with Northern Powerhouse Rail would be a huge boost for Scarborough & Whitby residents and businesses. Post Brexit this infrastructure project would help to transform connectivity to major cities across the North and South.

I believe that HS2 is key for Scarborough & Whitby as it will bring investment and jobs and it isn’t an either or. We need both Northern Powerhouse Rail and HS2. I will work hard to make sure residents views are heard as decisions are made about how to make the most of HS2 to help drive investment into Scarborough & Whitby.”

“HS2 and Northern Powerhouse Rail are vital to address the poor transport links between cities in the North and Midlands which have acted as a significant break on our economies.

Support from local politicians like Mr Goodwill is absolutely essential to show political parties that there is widespread support across the North for new investment in rail infrastructure.”