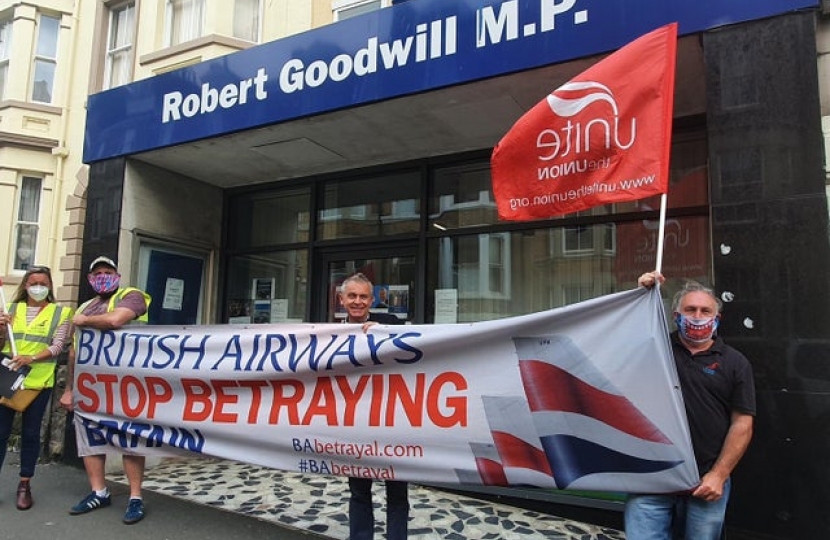 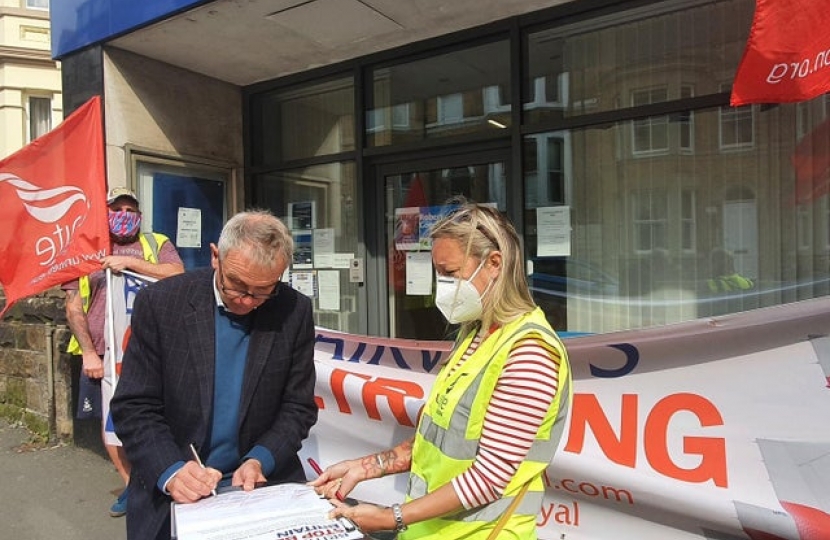 Scarborough and Whitby’s MP has backed a campaign to review British Airways landing slots over its treatment of staff.

Robert Goodwill added his signature to the call during a demonstration by the union in Scarborough on Friday.

Unite is asking for the allocation of the airline’s most lucrative slots to be reconsidered, saying the firm has proposed to fire all of its 42,000 staff and re-hire some on inferior terms and conditions.

Mr Goodwill is one of more than 250 MPs who have signed the BA Betrayal’s pledge to take back the slots and force BA to rethink its plans.

An online petition has also been launched by the campaign, calling for a change for UK airport slot regulations.

More than 8,500 people have signed the petition.