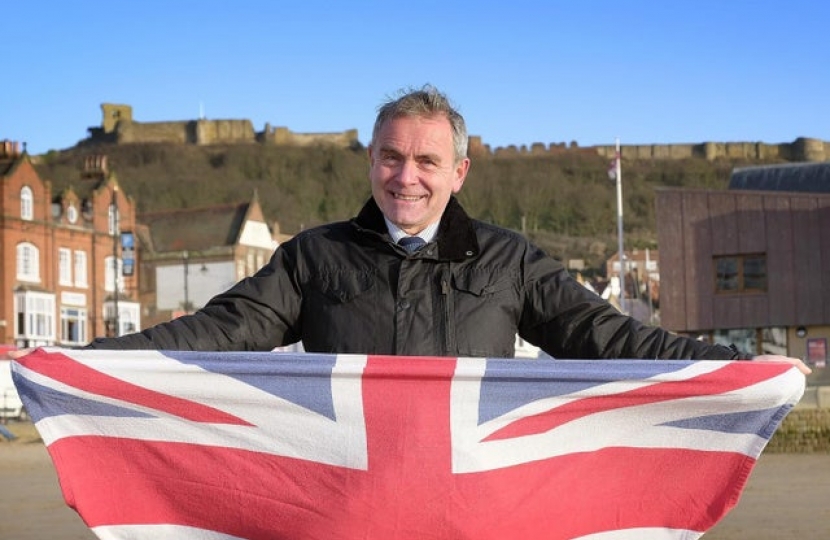 After his comfortable win last Thursday, which saw him increase his majority from 3,435 to 10,270 votes, the re-elected Conservative MP reiterated his commitment to supporting Brexit and highlighted a number of issues he intends to focus on to improve the lives of his constituents. The dualling of the A64 is among them.

“If Jeremy Corbyn had been Prime Minister they were going to cut the roads budget to pay for a third off rail fares, so the good news for those of us in Scarborough who rely on the A64 is that the A64 project at Hopgrove is in the programme and we need to keep working to make sure it stays in the programme,” he said.

Finding a solution to adult social care, one of the key issues affecting people locally, is also high up on the list, he said. “We need to make sure it’s there both for the people who saved and bought their own houses but also those who through no fault of their own can’t afford to pay for care in old age.”

Reflecting on the General Election results, Mr Goodwill admitted he was taken aback by the scale of his success and that of his party, which took control of 80 extra seats.

“At the very beginning of the campaign, looking at the polls we thought we might win in the country with a majority of maybe 30 or 40 and I thought the majority here would be 5,000-6,000, but as the campaign went on some of the polls got closer so we were quite concerned at the end that we could even be in another hung Parliament situation and that, of course, would have meant it was impossible to deliver Brexit and because of that, impossible to do very much else. When the results came through it was very much a surprise how substantial a vote we got and how the North of England has voted big time for Boris.”

According to Mr Goodwill, the Conservatives’ success, both locally and nationally, was down to their clear message on Brexit as well as “Jeremy Corbyn and people’s inability to see him as Prime Minister”.

At the very beginning of the campaign we thought ‘let’s go down to Eastfield’ which is a Labour stronghold and, my goodness, it was a surprise. We ended up going two days in a row because the first time we couldn’t believe what we were hearing. People were saying ‘we’re voting Conservatives for the first time, we want to get Brexit done and we really don’t like Jeremy Corbyn’.”

Asked whether he thought he deserved to represent the people of Scarborough and Whitby for a fifth term, Mr Goodwill replied by listing “the developments that have happened” – naming the Open Air Theatre and educational institutions such as the UTC and CU Scarborough – since he was first elected in 2005.

“We’ve seen a lot of things happen that will improve Scarborough and the £40m redevelopment of the Accident and Emergency department at the hospital will be the next one.”