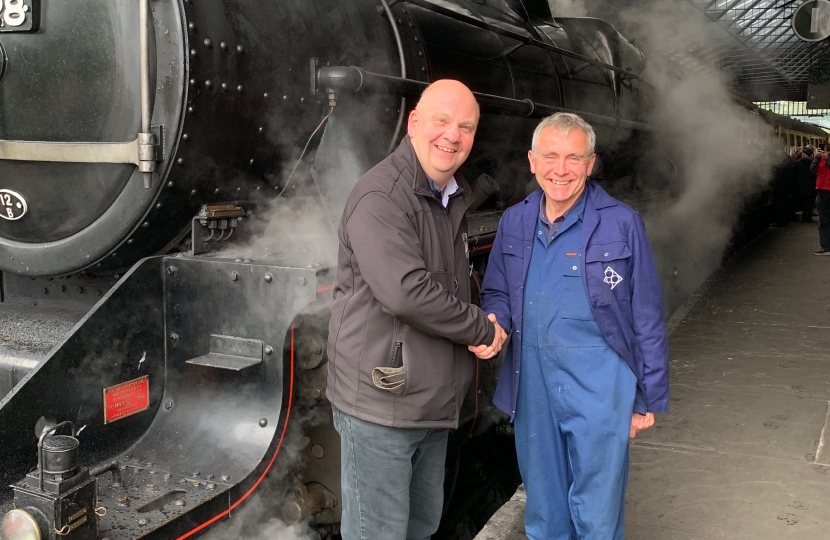 Robert Goodwill MP has met with Chris Price the Manager of the North Yorkshire Moors railway to discuss a number of issues of concern.  The major problem is in connection with Government proposals to ban the burning of coal on domestic fireplaces and the knock on effect this could have the availability of competitively priced steam coal for heritage railways and steam traction engines.  As a traction engine owner himself Robert was already aware of the issue and has made representations to Ministers.  Following the meeting at Grosmont, Robert was privileged to travel to Pickering on the footplate of the steam hauled service.  Picture shows Robert and Chris at Pickering Station.