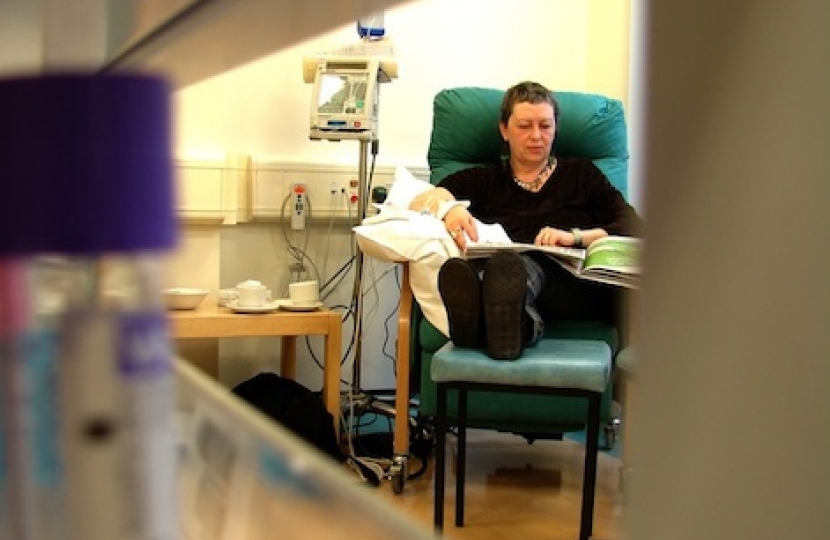 The National Health Service is the greatest of our national assets.  Like you, I rely on the NHS for my family’s health. The Government’s health reforms have put the doctors back in charge.

Scarborough Hospital has benefitted from investment in better facilities in maternity, post-operative recovery and the brand new £5m Lilac Ward.  The merger with York has been a success.  I am very pleased that Accident and Emergency will be better resourced as the drop in centre money is deployed where it should have been in the first place.  Cross Lane has had transformational investment too.

When the Scarborough Health Trust announced last year that they would shut Whitby Hospital, local doctors refused to accept that decision and used the powers Conservative reforms have given them to commission their own services.  It is only because we have taken the money from the bureaucrats and given it to the doctors that Whitby Hospital has been saved.  We will now have more new services like eye tests, Parkinson’s and epilepsy clinics and long overdue investment in the building.  If Labour reverse these changes, Whitby Hospital will shut.

The Commonwealth Fund report into the performance of different national health systems recently concluded that the NHS, under this Government, is the best health service in the world.  We owe a debt of gratitude to the dedicated health professionals, working at all levels, who have achieved this.    This is a ringing endorsement of the Government's decision to reform the NHS and to invest an extra £12.7 billion. There are 850,000 more operations being delivered each year compared to 2010, over 8,000 more doctors and over 3,300 more nurses. We have cut the bureaucrats and redeployed the money on the front line.  A Conservative Government will continue to increase spending on the NHS every year in real-terms.  It is only by having a strong economy that we can invest in a strong NHS.