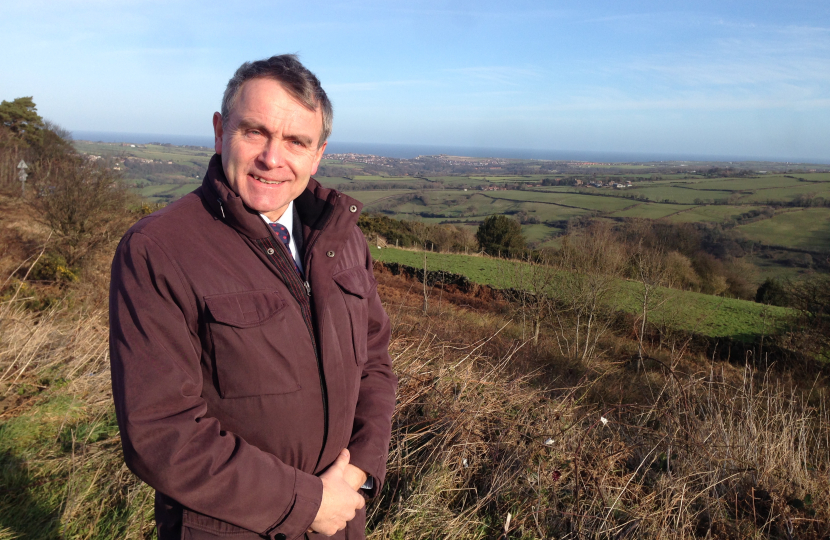 Sir Robert Goodwill, MP for Scarborough and Whitby, has joined the campaign to commemorate the brave pilots and navigators of the Photographic Reconnaissance Units (PRU), which includes local hero, John Clark, who tragically died in service during the Second World War.

The PRU was formed on the 24th of September 1939 and throughout the Second World War it operated highly dangerous, clandestine photographic reconnaissance operations over all theatres of operation, and captured more than 26 million images of enemy operations and installations during the war.

The purpose of the PRU was to provide up-to-date intelligence to strategically plan the Allied actions in the war. Flying Spitfires and Mosquitos, the intelligence it gathered was used by all the armed forces, giving same day intelligence on enemy activity.

The intelligence provided by the PRU was used in the Cabinet War Rooms – now the ‘Churchill War Rooms’ located underneath the Treasury – and was instrumental in the planning of major operations; D-Day and the Dambusters Raid, the monitoring of major shipping movements such as the Bismarck and Tirpitz, and the locating of the site of the V1 and V2 rocket launching site at Peenemünde.

Due to the clandestine nature of their operations – they flew solo operations, unarmed and unarmoured – the death rate was nearly fifty percent. However, despite having one of the lowest survival rates of the war – life expectancy in the PRU was around two and a half months – there is no national memorial to the PRU.

The ‘Spitfire AA810 Project’ has therefore led the campaign to establish such a memorial in central London.

One of those who served, and died, in the PRU was local hero, John Clark.

LAC John Leonard Clark was born to John and Martha Clark of Scarborough. Joining 680 Squadron, John was responsible for processing the photographs brought back from the reconnaissance missions.

On the 15th February 1945, while with a detachment of 680 Squadron in Italy, John was working in a photographic processing trailer at a dispersal when a P-51 Mustang aircraft of the USAAF 31st Fighter Group lost control on take-off, careered through a flight hut and onwards destroying John’s trailer killing him instantly.

Nearby airmen rushed to help and managed to extract the American pilot from the burning wreck but the accident was found to have killed six people, wounded five more and injured many more.

John, who was just 22 when he was killed, was buried locally in the Bari War Cemetery, Italy.

“I am delighted to support this fantastic campaign to commemorate those who served in the Photographic Reconnaissance Unit.

This includes John Clark, a native of Scarborough, who served admirably under exceptionally difficult conditions, and who ultimately gave his life in service of our country.

If there is anyone related to John Clark, or if anyone know someone who served in the PRU during the war, please go the Spitfire AA810 Project website (www.spitfireaa810.co.uk), or get in touch with Tony Hoskins, Tony@spitfireaa810.co.uk.