Our action to tackle plastic pollution 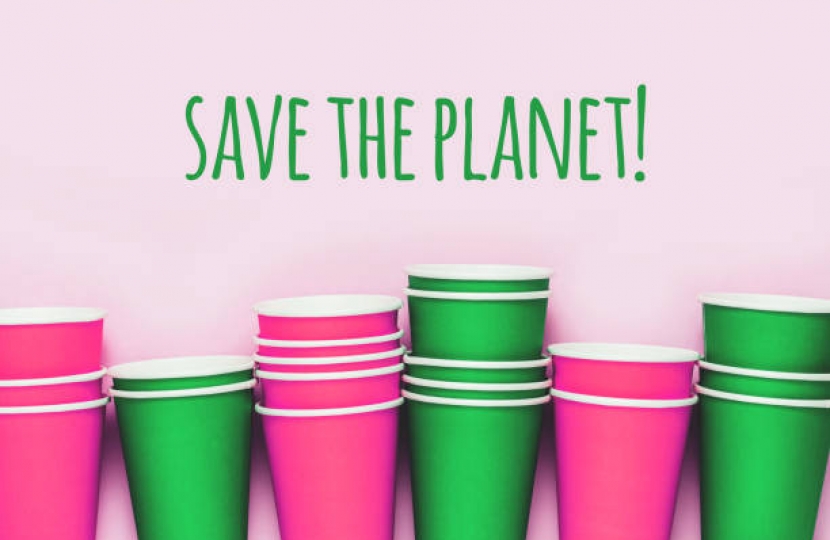 I have received correspondence from constituents with concerns about our action to tackle plastic pollution.

Our landmark Environment Bill will give us a raft of new powers to step-up our war against plastic pollution and litter:

We are committed to introducing a Deposit Return Scheme for drinks containers, which will recycle billions more plastic bottles and stop them being landfilled or littered.

Our Extended Producer Responsibility scheme for packaging will make manufacturers responsible for the full net cost of recycling their packaging waste and encourage more recyclable packaging.

We will introduce Consistent Recycling Collections for every household and business in England, ensuring more plastic is recycled and not condemned to landfill.

We will consult on a ban on the export of plastic waste to non-OECD countries.

And ministers will have new powers that will make it easier to place charges on single-use plastic items that threaten our ecosystems.

The Government is introducing a world-leading new tax set at £200 per tonne on plastic packaging which doesn’t meet a minimum threshold of at least 30% recycled content from April 2022, to encourage greater use of recycled plastic to tackle the problem of plastic waste and protect our environment.

Building on the success of our carrier bag charge to date, we have increased it to 10 pence and extended the obligation to charge to all retailers.

To support the ambitions of the CCOA, the UK has committed up to £70m to tackle plastic pollution entering the ocean. This includes boosting global research, supporting developing countries and making efforts to transition to more sustainable forms of manufacturing.

Since 2018, the UK has supported the Global Plastic Action Partnership (GPAP) to create collaborative platforms for businesses across the plastics supply chains to collaborate with NGOs and governments on tackling marine plastic pollution. Partnerships have been launched in Vietnam, Indonesia and Ghana.

The UK supports starting negotiations on a new global agreement on marine litter and microplastics at the continuation of the 5th session of the United Nations Environment Assembly (UNEA 5.2) in 2022.

A new global agreement would build upon the important work we are already doing to tackle marine litter domestically and internationally and support our commitments to eliminate plastic entering the ocean.

At last months’ G7 Climate and Environment Ministerial meeting, hosted by the UK, ministers agreed to a number of ambitious commitments to drive urgent ocean action, including:

To fully engage in discussions or negotiations on options to tackle marine plastic litter and microplastics, including strengthening existing agreements, a potential for a new global instrument, and multi-stakeholder,

To take action to tackle ghost fishing gear, including working with or supporting initiatives such as the Global Ghost Gear Initiative and to carefully consider the recommendations of the UK-commissioned OECD report ‘Towards G7 Action to Combat Ghost Fishing Gear’.