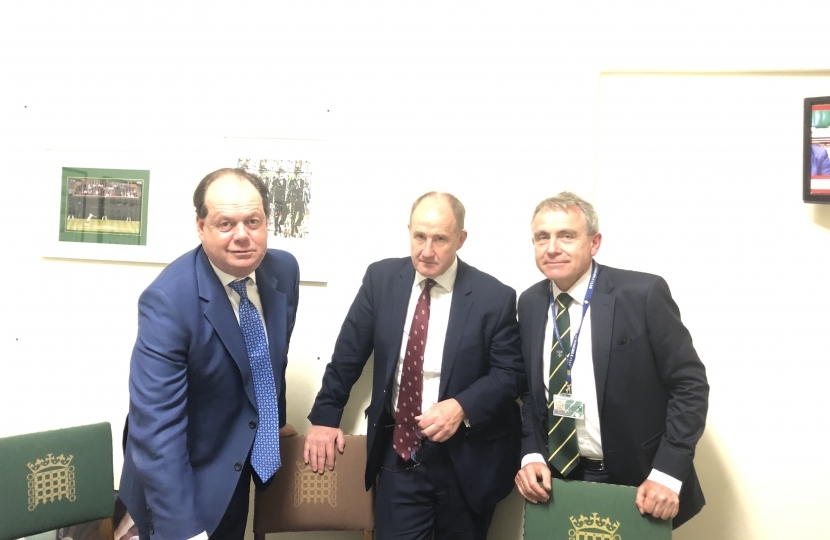 Health Minister Stephen Hammond MP has promised to review the range of health care services offered by Scarborough Hospital following a meeting with Scarborough and Whitby MP, Robert Goodwill and Thirsk and Malton MP, Kevin Holinrake. Mr Hammond told them that he took their concerns about the reduction in available services to people living in the Scarborough area compared with those living in and around York very seriously. The MPs told the minister that they had received a number of letters from constituents who are concerned that they have to travel long distances, sometimes in considerable discomfort, to access the medical care they need and that this is not acceptable. During the meeting reference was made to one patient who had very recently been required to attend hospital at 7.30am to remove a tumour only to be discharged at 11pm and another who was discharged a 2am. Mr Hammond said he would report back within two weeks.

In recent correspondence with York Hospital Trust, it was made it clear that it was understood that resources are very tight and that services have to be delivered as efficiently as possible. However, there does have to be a full range of services available to people living in rural areas and smaller urban settlements. We have already seen closures and downgrades of other hospitals such as the Lambert in Thirsk and the Friarage in Northallerton and we don't want to see the same happening in Scarborough where there has been a significant diminution in the provision of services and continuing uncertainty about the future of Scarborough hospital. The recent decision to centralise the breast oncology outpatient service to York hospital means that the 665 oncology patents who attend Scarborough hospital every year for treatment now have to travel to York.

We are looking forward to hearing back from Mr Hammond and we have a further meeting with the Secretary of State for Health, Matt Hancock, on May 1st.