Young people in Scarborough help to make us a highly enterprising company. 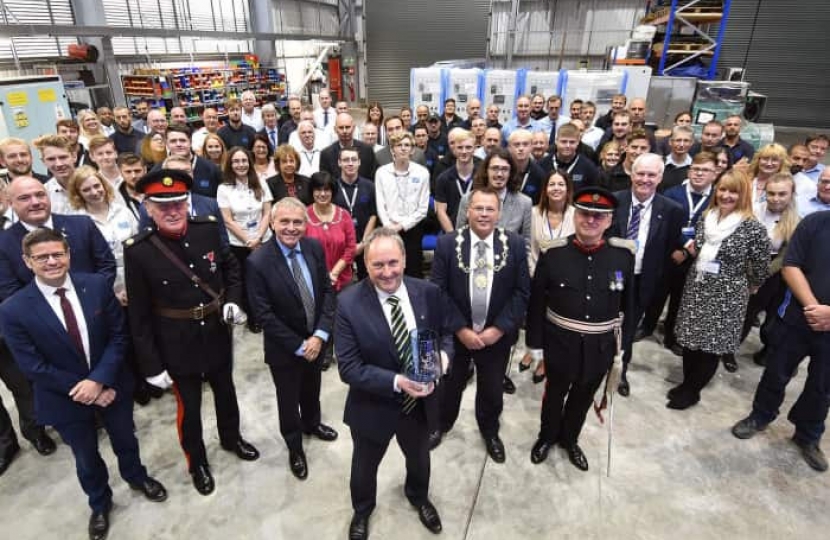 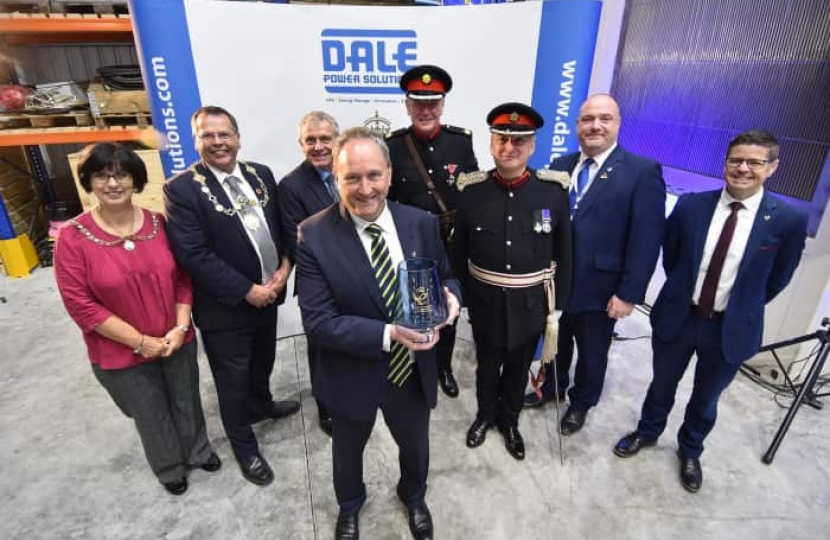 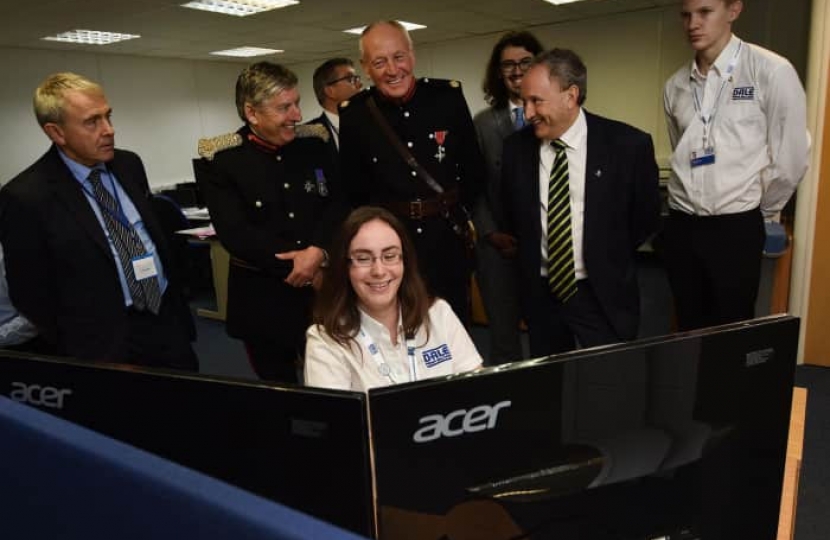 Apprentices at one of Scarborough’s key companies have told The Scarborough News how their experiences have secured the company a prestigious award.

The critical power product and services provider has been given the award in recognition of the successful apprenticeship programme it operates.

The programme aims to communicate the benefits of apprenticeships, promote science, technology, engineering and mathematics (STEM) subjects and work within the local community to provide accessible training, career opportunities, and an alternative to further education.

Deputy Lord-Lieutenant David Kerfoot said: “It is a pleasure to be here for such a prestigious event.

Guests and staff at the event.

“It is progress built on the principle of the right person in the right role and potential is better than academic achievement.”

The Vice Lord-Lieutenant of North Yorkshire, Peter Scrope, presented CEO Tim Wilkins with the award on stage with staff of the company and special guests in attendance.

He said: “It is a huge honour to be here today. Barry Dodd [the late Lord Lieutenant of North Yorkshire who tragically died in May] wanted to see this award given to this company.

Tim Wilkins with the Queens Award for promoting opportunity.

“Winning the award twice before speaks volumes of what you have achieved here. The opportunities you create for young people to come into the company is remarkable; 238 awards have been given out in the UK and Dale Power is one of them.”

Mr Wilkins was “delighted” to accept the award on Friday and thanked everyone at Dale Power Solutions who made the award possible.

Tim Wilkins with some of the apprentices at the event at Dale Power Solutions.

“Now we have apprentices developing through the company each year with 80 apprentices every year.

“We found that students themselves make the biggest impressions so we have STEM ambassadors promoting apprenticeships in the local community and schools to show how people can get involved with engineering.”

Mr Goodwill, spoke about Scarborough being an “opportunity area that the Government has allocated” due to becoming a social mobility cold spot.

“A problem has been identified that people go to university and don’t come back to Scarborough to build a career here. By offering apprenticeships here we have a place to recruit the very best people,” he said.

“Congratulations on getting this award and hopefully many more in the future.”

Apprentices address the gathered group at the event

These four young people joined Dale Power Solutions to complete their apprenticeship but have now become mentors and STEM ambassadors as well as progressing within the company. Apprenticeship are fast becoming an attractive route to employment as individuals gain nationally recognised qualification while learning on-the-job skills. These mentors regularly visit schools throughout Scarborough to give talks and raise awareness of career opportunities in apprenticeships.

Hannah Magowan started her apprenticeship after she left school at the age of 16.

She said: “I presumed the only route was academic as sixth form and university were pushed.

“The sixth form didn’t do the four A level options I wanted to do - maths, computing, physics and chemistry.

“That’s when I looked into the apprenticeship route.”

Hannah is now rotating around the business learning about all aspects of engineering and was named as one of the top three Advanced Apprentices in the UK when she was highly commended at the National Apprentichip Service Awards this year.

Jonathan Davies started his apprentichip in the factory in 2010 at the age of 17.

He said: “My grades were below average [at school] and I knew just being in a classroom wouldn’t suit my ability. That’s why I went down the apprenticeship route because it gave me hands-on experience as well as the classroom learning.”

He now works on the Shell project at Brent field in the North Sea.

“I see the project from start to finish. It’s a process of designing, building, testing, pulling it apart and rebuilding it back on the rig.

“Being a mentor I get involved in taking the lads on site and pass my experience on.

“In the future I want to progress towards management. That’s what I’m hoping for.”

Matthew Tindall started his apprenticeship in 2012 after he completed his GCSEs at school.

He is now currently working towards his HND (Higher National Diploma) and is a mentor helping those younger advanced apprentices within the testing department.

The 22-year-old took the apprenticeship route as he “had always been interested in the industry”.

Earlier this year, Matthew was awarded the 2018 BTEC Apprentice of the Year (19+).

Natasha Pitts joined Dale Power Solutions after finishing her A levels in 2010 to start her apprenticeship.

She has now achieved a First Class BEng(Hons) in Electrical and Electronic Engineering.