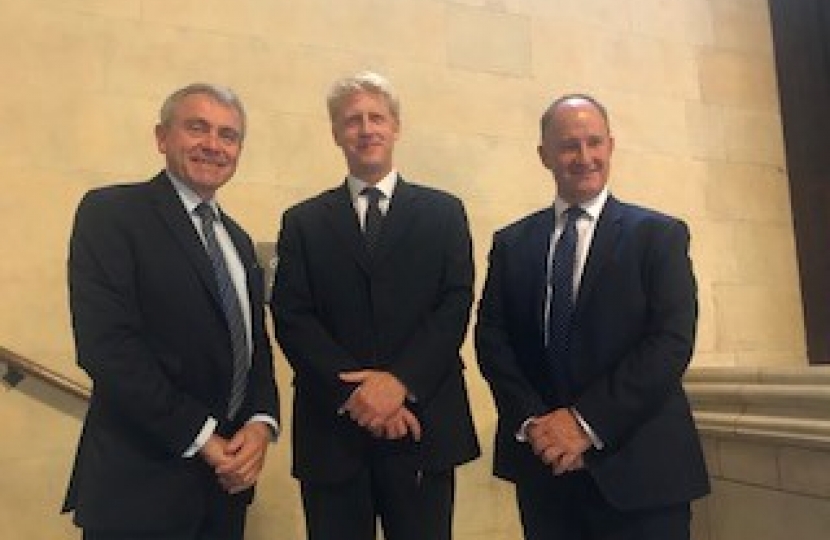 On Tuesday 11th September 2018, I attended a debate in Westminster Hall called by my friend and colleague, Kevin Hollinrake MP on the difficult summer passengers on the Trans Pennine rail route to Scarborough experienced following the botched introduction of the new timetable.

Kevin wrote the article below which I hope you agree with.

In a Westminster Hall debate on TransPennine rail travel and delays I appealed for more joined up thinking and a far more collaborative approach between Network Rail and the operators to resolve some of the long delays and cancellations experienced on the TransPennine Express from Manchester to Scarborough. They need either to work together to put the needs of the passenger first, or train operators should have more control over the tracks, and I know that this is something that the Minister and Transport Secretary is very keen to explore further. Either way, people are entitled to a reliable service. They should be able to expect to get to work, to appointments, to school, on holiday on time or, at the very least, they should be able to get up to date information about what is happening.  Otherwise people will inevitably stop using our rail service and return to their cars, adding further pressure on our already congested roads.

This summer’s delays and cancellations are unacceptable. There has been a decline in punctuality performance from 91.5% in April 2017 to 85.1% in April 2018 to as low as 62.1% in May. In the summer of 2017 there were 6 trains cancelled in Malton but, in the same period this year, 56 trains were stopped there. My postbag had been full of letters from frustrated passengers, with one complaining that it is a ‘painful lottery as to whether he got to work on time’.  Whilst I welcome the review of rail disruption which is being undertaken by Ministers and Cllr. Judith Blake, Leader of Leeds City Council, people should be able to take a train on a specific date and specific time without having to hang around for hours on end.

If ever there was an example of why we need more devolved powers in the North to resolve exactly these kind of issues ourselves, this is it. So, for the strategic, longer-term approach, Transport for the North are keen to be given more powers over infrastructure in the North of England, so that the region can take responsibility for the delivery of a much better, more efficient and more tailored service. This call is supported by many including the train operators themselves. This summer’s disruption has shown that we really do need the tools in the North - by which I mean the power and the investment. The Government’s planned £3bn upgrade of the Trans-Pennine route and its commitment to Northern Powerhouse Rail are to be welcomed and celebrated. With these investments and the powers to make decisions, the region can transform our transport system itself in order to provide the service passengers deserve and, at the same time, bringing massive and long overdue economic benefits to our region, through increased productivity and the creation of more jobs.

I welcomed assurances from Rail Minister, Jo Johnson MP who said he shared the frustration of passengers who have been inconvenienced by the introduction of the new timetables and said the levels of disruption have been 'unacceptable.' However, he said that whilst the operators' performance had not reached the levels prior to the new May timetable, measures have been introduced which have led to improvements and reduced cancellations. These include changing drivers' schedules, reducing the circumstances where trains need to be terminated prior to arrival in Scarborough and better information. Mr Johnson said that the Department of Transport would hold the operator to account to deliver these and further improvements across the region in the next year or so. He promised that the Department of Transport would do everything it can to get to make sure that passengers get the safe and reliable service they deserve across the TransPennine route and the northern franchise as a whole.