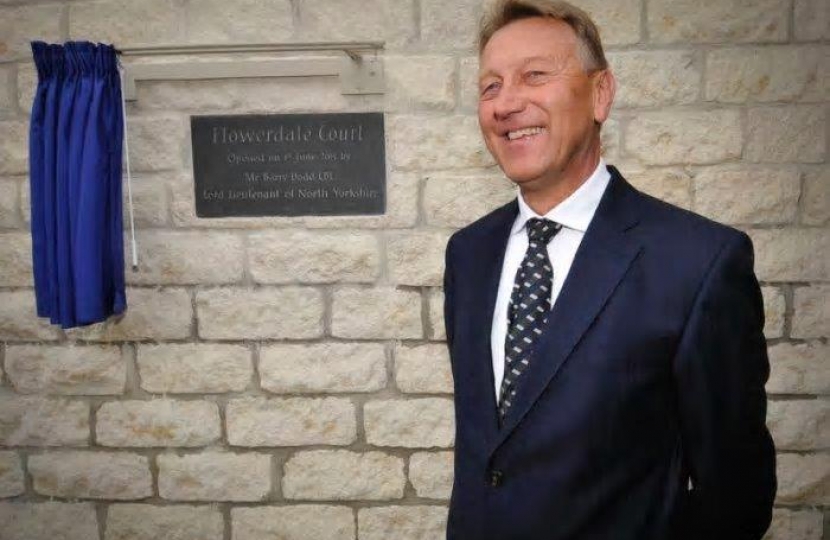 Tributes have been paid following the tragic death of the Her Majesty's Lord-Lieutenant of North Yorkshire, Mr Barry Dodd CBE.

North Yorkshire Police are awaiting formal identification but it is believed Mr Barry Dodd died in a helicopter crash near Aldborough, Boroughbridge yesterday (Wednesday May 30).

Scarborough has now paid tribute to the "brilliant" and "positive" who promoted and supported the area.

MP for Scarborough, Robert Goodwill said: "I am absolutely devastated to hear the terrible news about Barry Dodd CBE. Not only was he a phenomenally successful businessman but he had an amazing commitment to public service in Yorkshire.

"As chair of the LEP he always gave freely of him time to help others to establish and build business and employment and as the Lord Lieutenant he carried out an important ceremonial representing the Queen in North Yorkshire.

"I am proud to have known him as a friend and fellow classic car enthusiast. His are shoes that will be impossible to fill. I am so sorry for his wife Frances and his family."

In 2004, Mr Dodd committed himself to devoting at least one day per week to unpaid public service.

A spokesman for Scarborough Business Ambassadors said: "We are shocked and devastated by this event.

"Barry was a strong supporter of the business community in the area, attending all the key events and helping to encourage and inspire the local business world.

Ed Asquith, editor of The Scarborough News, said: "It's a terrible shock. Barry was a great personal friend and was the first judge of the Scarborough Business Awards.

"He then attended annually, giving the main speeches, inspiring and congratulating the success of local businesses and all the participants.

"He was in Scarborough recently for a dinner at the TEC on Filey Road, where he unveiled a plaque to open to the new college.

"He also supported the creation of the UTC in Scarborough and attended the official opening.

"He was a highly successful businessman and held many high offices, but he was also a brilliant, friendly, positive, helpful man who was great company to be with."

A spokesperson on behalf of Scarborough Lifeboat crew said: "Barry was a passionate supporter of all things Scarborough and played a central role in getting HRH Duke of Kent to our Lifeboat Station naming ceremony.

"His energy, friendship and guidance will be sadly missed, however I am confident that his inspirational spirit will endure through the many groups and institutions he helped and encouraged.

"A very sad day it is, our thoughts and prayers are with his family and beloved wife Frances."