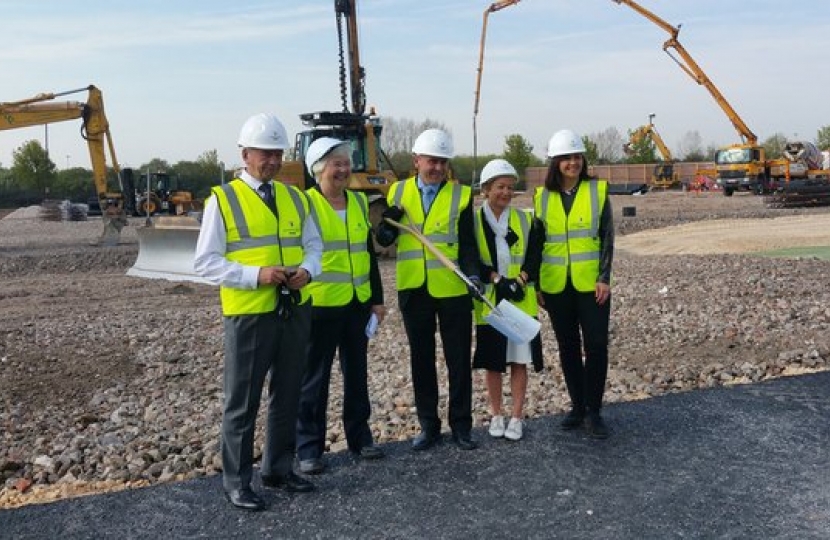 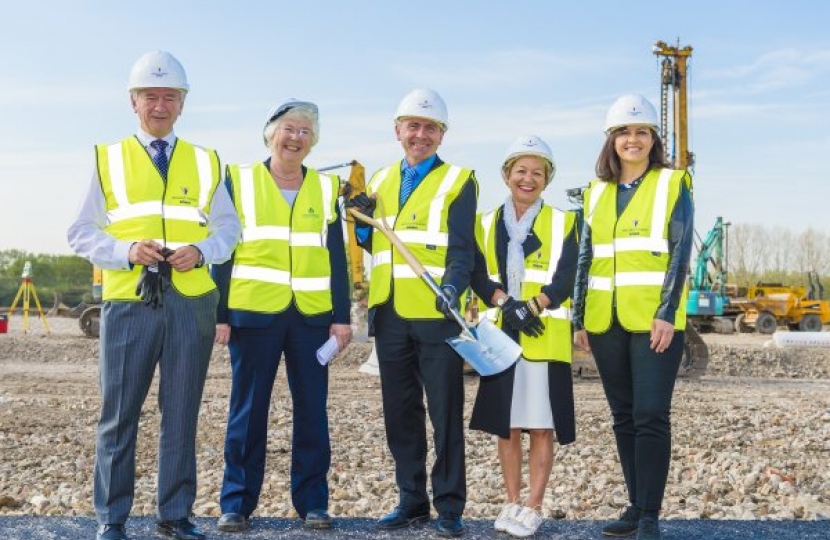 IT is nearly two centuries since Yorkshire pioneered the early railway that gave birth to the first Northern Powerhouse. Rail shaped the growth of Yorkshire, bringing great wealth to the region, and the men who designed and built the network were among the most celebrated figures of the Victorian era.

Despite the railway’s decline in the second half of the 20th century, it remains an integral part of the county’s culture and history. That couldn’t have been clearer in February when thousands of people turned out to watch Flying Scotsman – which was built in Doncaster – on its return journey to York’s National Railway Museum after a £4.5m refit.

Although that was a day of unashamed nostalgia, there is good reason to be optimistic about the future for Yorkshire’s railway too. With two high-speed stations at Leeds and Sheffield, Yorkshire will be among the biggest beneficiaries of HS2.
And today we start building the new National College for High Speed Rail at Doncaster, which will rekindle the spirit of the Victorians by training a specialist engineering and construction workforce here in Yorkshire to deliver a cutting edge new railway for Britain.

The National College for High Speed Rail is the coming together of the Government and key partners including local authorities, HS2 and employers striving to continue the UK’s legacy as a rail pioneer.

We know skilled people lie at the heart of a strong economy, so together we are developing the workforce of the future with the specialist knowledge and skills needed for the UK rail sector to succeed.

The benefits will be felt not just by companies directly involved in the rail sector, but by the millions of Britons who use our railways to commute to work or visit the vast array of cultural attractions the UK has to offer.

This college will be led by employers who know the exact skills our young people and existing workforce need now and for tomorrow. At the heart of all our reforms of further education and apprenticeships is putting employers in the driving seat when it comes to designing and delivering quality technical education.

We are committed to creating three million high quality apprenticeships by 2020, including many more at degree level, and 30,000 of these apprenticeships will be in the rail and road sectors. Apprenticeships are set to be one of the great success stories of the decade and we want employers and young people across the country to be able to benefit.

We already have many brilliant engineers in this country – just not enough of them. As many as 2,000 apprenticeships and 25,000 other jobs will be created by HS2, the biggest infrastructure project this country has ever seen. That is why the National College for High Speed Rail is so important.

Based at two sites – one here in Doncaster and one in Birmingham – the college will cater for well over 1,000 students a year when at full capacity. It will focus mainly on rail engineering and digital communications systems. The courses on offer will range from entry courses and higher apprenticeships, to industry-specific qualifications and eventually degree apprenticeships, ensuring there is opportunity for all.

Each student will be mentored by someone from a rail company with around 20 per cent of apprentices expected to come from diverse backgrounds which, in the past, have been poorly represented on engineering courses.

Universities across Yorkshire and the Humber already contribute around £3.6bn to the economy. The National College for High Speed Rail will further boost the region’s position as a centre of education and training excellence.

The Doncaster campus in the Lakeside area will focus on teaching technical engineering to some of our brightest youngsters, and to adults looking to progress their careers in the sector.

And the long-term prospects for the college are exciting too. Doncaster will be in a pivotal position as we start to export British high speed rail expertise.

In addition to HS2, the Government is also funding the biggest rail modernisation since Victorian times. This investment will not only deliver a world-class transport system but will create thousands of high quality careers many of which are cutting edge, highly technical and require Britain’s best minds.

The college in Doncaster is an opportunity for people in Yorkshire to develop skills to build a lifelong career and help us deliver on our commitment to building a 21st century railway.
Robert Goodwill is the Transport Minister and MP for Scarborough and Whitby. He has written this piece on conjunction with Nick Boles, the Skills Minister.