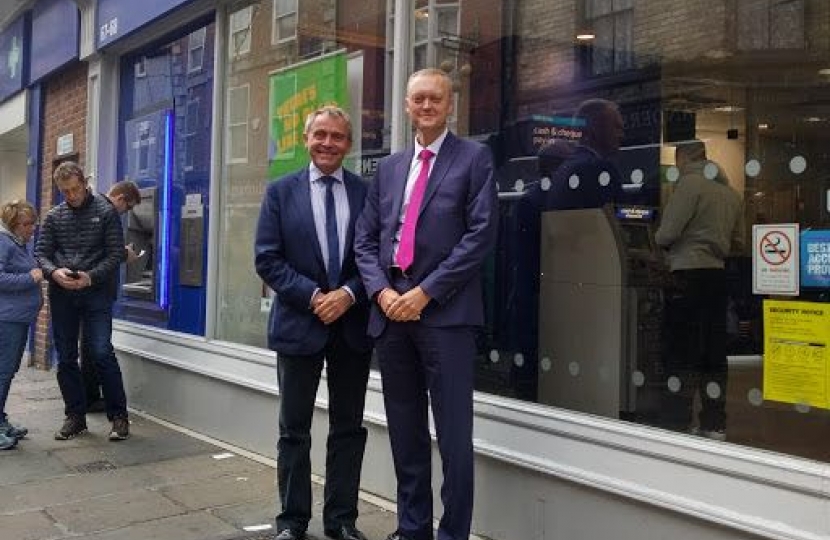 As fraudsters become ever more sophisticated in their methods, Mr. Goodwill visited Halifax Bank and met with Mark Rothery, Senior Bank Manager to understand how it is taking steps through the Banking Protocol to ensure it is protecting its customers and supporting victims of fraud.

The Banking Protocol, a partnership between banks, police and trading standards, was rolled out across the UK to all police authorities. During 2017, the protocol saved £11.5m across participating banks and resulted in 116 arrests. Lloyds Banking Group prevented £3.1m of that figure across c400 cases. Over 2,400 emergency calls have been responded to with the average value of prevention per call amounting to over £7,500.

The Bank is also collaborating with other banks, financial service providers and law enforcement agencies to identify fraudsters and prevent fraud occurring. In 2016, banks and card companies prevented £6.40 in every £10 of attempted fraud.

Mr. Goodwill commented: “Over the past few years I’ve seen a worrying rise in the number of constituents who have become a victim of fraud. When we think of fraud, online activity immediately springs to mind however, a key method is to encourage the victim to visit their local branch in person to withdraw cash – and this is worrying as all too often it is vulnerable people that are seen as easy targets.

“The Banking Protocol allows bank staff to contact the police if they fear a customer is making a withdrawal because they have fallen for a scam, this call then triggers an immediate priority response to the branch. This is an excellent initiative. It is reassuring to hear that banks are clamping down on fraudsters, not only through online detection systems, but in the branches themselves”.

Russell Galley, Lloyds Banking Group Ambassador for Yorkshire and The Humber and Managing Director, Halifax Bank, said: “We take our duty of care to our customers very seriously. The Banking Protocol is just one example of this. As well as equipping our branch colleagues with the knowledge of how scammers work and what to look out for, it also provides potential victims with extra support to prevent them becoming a victim in the future”.

Anyone wanting advice on preventing fraud should speak to their bank or visit www.actionfraud.police.uk