Roads Minister Taken on A64 Excursion 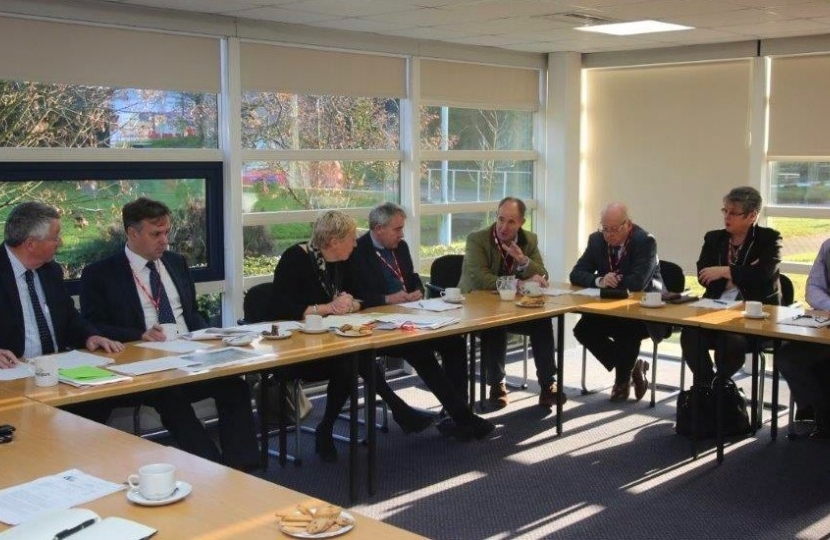 With the decision on the first dualling of the A64 for over forty years due in January, Filey's MP Kevin Hollinrake has arranged for Roads Minister, Baroness Vere, to travel down the A64 to see first-hand the dire need for upgrading and to meet with the A64 Growth Partnership to make sure all local voices are being heard.

Following the visit during the election campaign, the Partnership and local MP’s Mr Hollinrake, Robert Goodwill and Julian Sturdy say they are making a further submission to the Secretary of State for Transport with the latest information to help make the compelling case for improving and upgrading this stretch of road.

Transport Ministers will decide in January which projects will be included in the next Road Investment Strategy (RIS2) as part of the long-term programme to improve England’s motorways and major roads post-2020.

“The Minister agreed that there is a compelling case for the A64 to be dualled. The success of the local economy depends heavily on the decision to include this road in RIS2, which I am expecting to be announced next month. This was one of my key priorities during the election and now that I am returned to Parliament I shall continue my campaign to improve this vital piece of transport infrastructure”.

Mr Hollinrake says the visit gave him another opportunity to explain to the Minister his concerns over Highway’s England’s business case process and highlighted the value that tourism and visitors bring to the entire region encompassing Ryedale, the North Yorkshire Moors and the Yorkshire Coast including seaside towns such as Filey.

The meeting with the minister was attended by representatives of the Partnership including local businesses, the NHS, local councils.

Scarborough Borough Council’s Commercial Director, Richard Bradley, emphasised the impact that poor connectivity has on the coastal region, saying that seven million people visit Scarborough annually and they reach their holiday destination by travelling along this one road. Mr Bradley said it was astounding that tourism counted as less for Highways England when looking at the transport business case.

“The A64 upgrade at Hopgrove is the single most important infrastructure project for my constituents in Scarborough and Whitby – despite being 38 and 45 miles from Scarborough and Whitby respectively.  The unreliability of journey times not only impacts on companies like McCain that rely on HGV deliveries but has serious consequences for those commuting to work and for tourists returning to places like Leeds on a Bank Holiday Monday. This is the single biggest block to the economic development out on the coast”.

The Programme Director for Capital Projects at York NHS Trust, James Hayward, informed the Roads Minister that all of the Trust’s sites are located along the A64 corridor over an area the same size as that within the M25. The demands of the NHS at these sites require lots of time-sensitive logistics, which are affected by delays along this road. He also explained that the poor transport network is causing recruitment issues impacting on staffing and the Trust’s ability to deliver quality healthcare services.

The Minister was told that delays also contribute to an increase in the cost of doing business. Gary Wenn of P&O logistics/McCains estimated over one year an average of 20 minutes delay per journey increased fuel and wage costs by £1.3 million. This leads to higher CO2 emissions and contributes to a knock-on effect experienced in local villages and towns as queues of vehicles drive past when trying to circumvent the gridlock. Traffic delays cause havoc on production lines; Mr Wenn stated that it is very difficult to meet just-in-time expectations along this route.

Highways England undertook a study in 2014, which noted that the A64 north of Hopgrove carried “on average, double the volume of traffic a single two-lane carriageway is designed to cater for.”  That same study estimated that traffic will grow by up to 28 per cent by 2035.

A64 Partnership group have been campaigning for years for a dual carriageways on the A64 between Hopgrove and Barton Hill. They say it would transform the economic fortunes of Ryedale and the East Coast and make a massive difference to millions of drivers using the road whether it is for business, leisure or commuter purposes.

This week Robert Goodwill MP signed the Holocaust Educational Trust’s Book of Commitment, in doing so pledging his commitment to Holocaust Memorial Day and honouring those who were murdered during the Holocaust as well as paying tribute to the extraordinary Holocaust survivors who work tirelessly