Road charging; how it can now be made to work fairly and avoid ‘poll tax’ on wheels – Sir Robert Goodwill 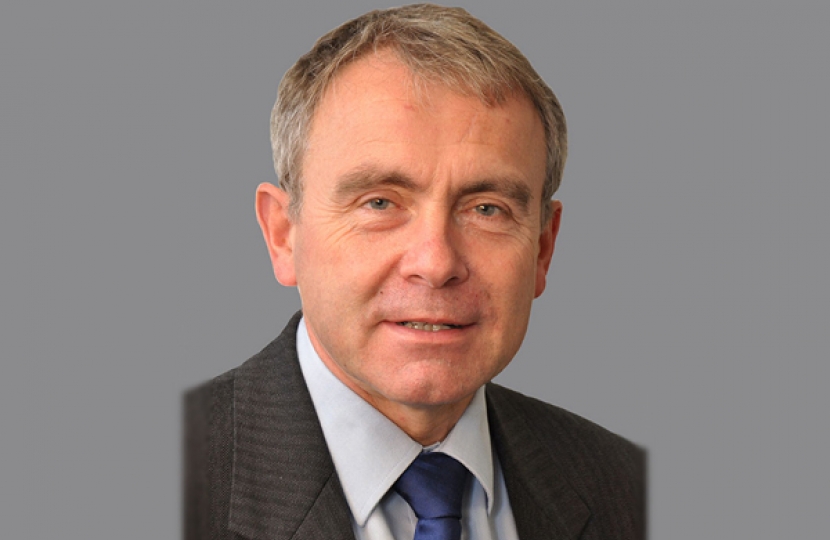 In 2009, as part of David Cameron’s Shadow Transport Team, I was wrestling with the challenge of how to level the playing field for British hauliers who faced unfair competition from their EU counterparts.

Trucks would arrive in Dover, saddle tanks filled to the brim with cheap diesel bought in low tax jurisdictions such as Luxembourg.  These vehicles could then operate here for two weeks under the so called “cabotage” system without having to pay any road tax to use our roads.

However, when our lorries worked abroad, they had to pay tolls such as the French motorway “payage” or pay road charges typically applied in transit countries such as Austria, Germany or the Czech Republic.

At the time a number of road charging systems were being introduced; ranging from a simple vignette that had to be displayed on the windscreen, “tag and beacon” systems as used in the Czech Republic where overhead gantries over the motorway could register when a vehicle passed underneath and the “bells and whistles” German LKW Maut using satellite technology.  Some of these systems were expensive to install and often required the vehicle to be taken off the road for a day to do so.

As it happened, once we got into power and had access to Government lawyers, we managed to get the EU Commission to reluctantly agree to a £10 daily charge for foreign trucks which has now raised £306m in total (although it is currently suspended due to COVID and driver shortages).

We now face a new challenge.  As more people buy electric cars, the revenue coming in from Vehicle Excise Duty is predicted to progressively fall.  Similarly, if motorists aren’t buying petrol or diesel, then fuel duty revenue will also plummet.  Last year these two taxes raised £37 billion; equivalent to 1.7 per cent of GDP.

Maybe now is the time to revisit road charging as a new way to raise the revenue we need to invest in infrastructure improvements.

Technology has moved on in a decade and, indeed, is already being deployed by the insurance industry. This has been particularly helpful in getting young drivers behind the wheel.  Telematic, “black box”, policies are now widespread. These enable “pay as you drive” insurance often with curfews or penalties for aggressive cornering or braking.  These systems use GPS to identify the speed and location of the vehicle, a motion sensor (accelerometer) to ensure smooth driving and a mobile phone style SIM card to relay the data.

Perhaps now would be a good time to apply these type of systems to the way we pay for our roads.

Vehicle Excise Duty (the old tax disc) is a rather blunt tool, as the pensioner who uses her car once a week to go to church pays the same as the sales rep clocking up thousands of miles on the motorway network.

This could also be an opportunity to bring together all the existing disparate tolls and charges into one unified system.  We already have technology such as the Dart Tag for the Dartford Thames crossing but that system is not compatible with the M6 toll, London Congestion Charge or the Humber Bridge.  Life would be so much simpler if all these charges could be brought together – some car parks could also participate so one would never need to worry about having the right change again!  One monthly direct debit would take care of everything.

There are other exciting possibilities that road charging would present. For example, as in some US states, charges could vary dependant on the lane you are driving in to take account of rush hour congestion and encourage time shifting of journeys. Road charging also helps people who already own cars to choose public transport as a more cost effective option.  Rat runs that cause misery to residents could be surcharged. Areas around schools could similarly incur charges at times children arrive and leave.

There is another possibility that occurs to me. Many people rue the decline of the high street and the move to online shopping from global players like Amazon, Boohoo and ATOS. Their large distribution centres pay much lower business rates than their high street competitors. Some of these massive commercial behemoths seem to be able to choose where or indeed if they pay their taxes!

Perhaps we should look at loading up the road charges for delivery vans in residential areas to level the retail playing field to some extent. The feeder roads to large out of town shopping centres offering free parking could get the same treatment.

So how could this be introduced?  Perhaps the water industry gives us a model. When water meters were offered for existing residential properties, it was the low volume users in big houses who opted in. Invariably, this saved them money.

In the same way, low mileage drivers could progressively opt in to pay as you drive with their savings rolled up into VED increases for the rest. Before long it would only be those high mileage reps who would not be better off with a black box and at that point the transition could be completed.

No one, particularly no Conservative, likes to levy taxes or charges but when we have to it is important that they are seen as fair. Vehicle Excise Duty is a kind of automotive poll tax levied indiscriminately on both high and low mileage motorists. The rate is the same for rural residents with no public transport alternative as their urban counterparts.

As we move to a low emissions, low carbon transportation system, we also need a net zero ready road tax system. Road charging might just be part of the answer to that challenge.

This week I signed the Holocaust Educational Trust’s Book of Commitment.