New Transport Secretary to intervene in A64 dual carriageway bid 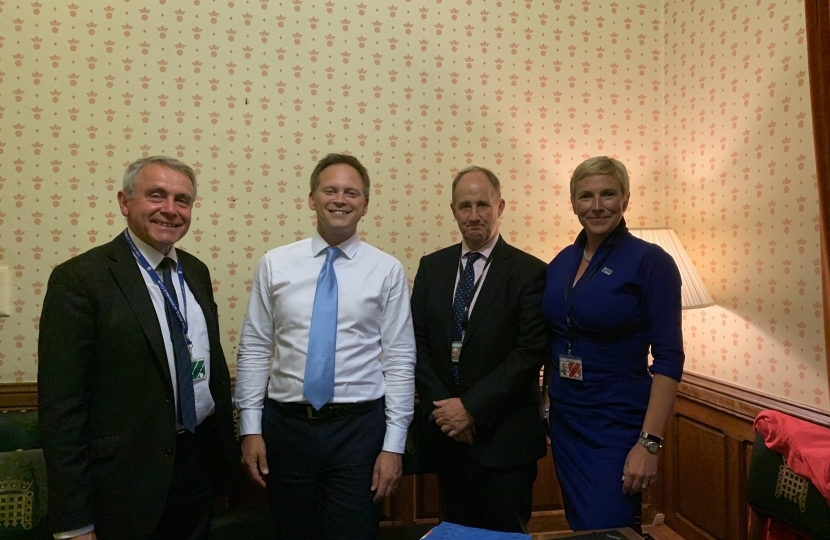 Transport Secretary, Grant Shapps MP and Roads Minister, Baroness Vere have promised to speak urgently with Highways England about the proposed dualling of the A64 following a meeting with Scarborough and Whitby MP, Robert Goodwill and his parliamentary neighbour, Kevin Hollinrake MP.

The ministers have promised to review the situation in the light of Highways England’s failure to consider the expected increase in traffic volume following the proposed dualling of A1237 York Northern ring road which joins the A64 at Hopgrove roundabout and which already has had most of its roundabouts upgraded to dual carriageway compatability.

Robert said, “Time is of the essence if the much needed A64 improvements are to be included in the Department of Transport’s Road Investment Strategy (RIS-2), which is expected to be announced in November.  The A64 Growth Partnership Group, which includes Local Enterprise partnerships, North Yorkshire County Council and District Councils have repeatedly made the case to Highways England that its current assessment of the value for money for the improvements does not fully allow for future developments. This includes the upgrade of the A1237 ring road, which would significantly increase traffic levels at that section of the A64 in addition to higher volumes already expected from housing developments and increased business activity according to Highways England’s own calculations in its A64 Hopgrove Feasibility study. We have asked them urgently to review its business case but we are still waiting for Highways England to report back.”

Highways England is due to meet with five affected North Yorkshire MPs in mid-October, including Robert Goodwill to update them on the progress of its review and the expected outcome.

After the meeting, Robert Goodwill said, “It was a very positive and encouraging meeting.  I explained that these improvements, despite being over 25 miles from Scarborough itself, are vital for the tourism sector and big employers like McCain.

The MPs and A64 Partnership group have been campaigning for years for a dual carriageways on the A64 between Hopgrove and Barton Hill. They say it would transform the economic fortunes of Ryedale and the East Coast and make a massive difference to millions of drivers using the road whether it is for business, leisure or commuter purposes. Without them they say the delays will simply worsen.