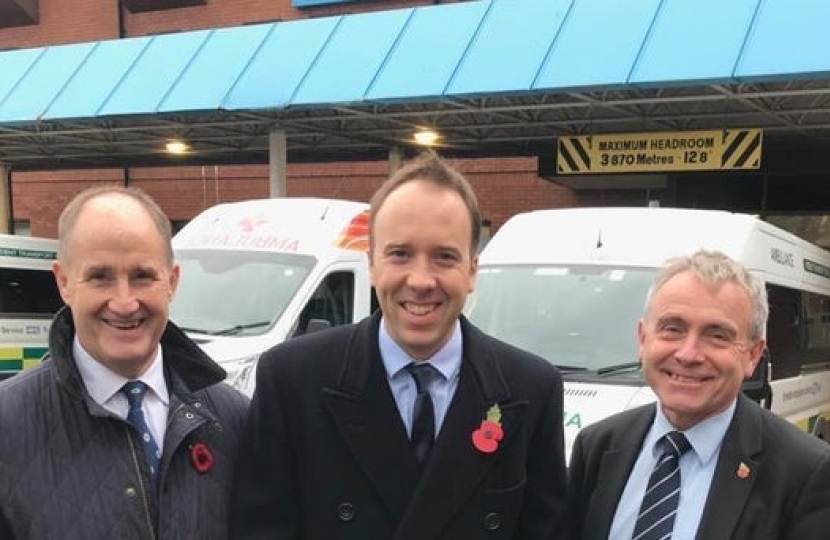 On Thursday the Cabinet Minister travelled to Scarborough to meet with hospital bosses, staff and patients and discuss details of the £40m investment plan to transform the hospital's A&E department.

In the last year, due to the difficulty in recruiting staff, yet more cuts have had to be made, this time at the expense of breast cancer outpatient and children and young people’s behavioural services.

This resulted in growing concern over the future of the town's hospital with many residents fearing it was only a matter of time until more services would be axed.

Asked whether he could guarantee there would be no more cutbacks, Mr Hancock replied: "I can guarantee that there will be an overall expansion of services."

Speaking about his party's efforts to boost the number of doctors and nurses, the Secretary mentioned there will now be an extra five medical schools across the country, Lincoln being the closest to Scarborough, and that rules to hire quality doctors from overseas have been "relaxed".

As far as nurses are concerned, thanks to the link up between Scarborough Hospital and CU Scarborough, "people can train to be a nurse in Scarborough and get a great career delivering care for people in the town".

Denying the upcoming election had anything to do with his expansion talks, Mr Hancock added: "We've put an extra £33.9bn into the NHS over the next five years and we've done that because we believe in the NHS and in making sure that it gets the support so that it's always there for you and for your family and for everybody in this country.