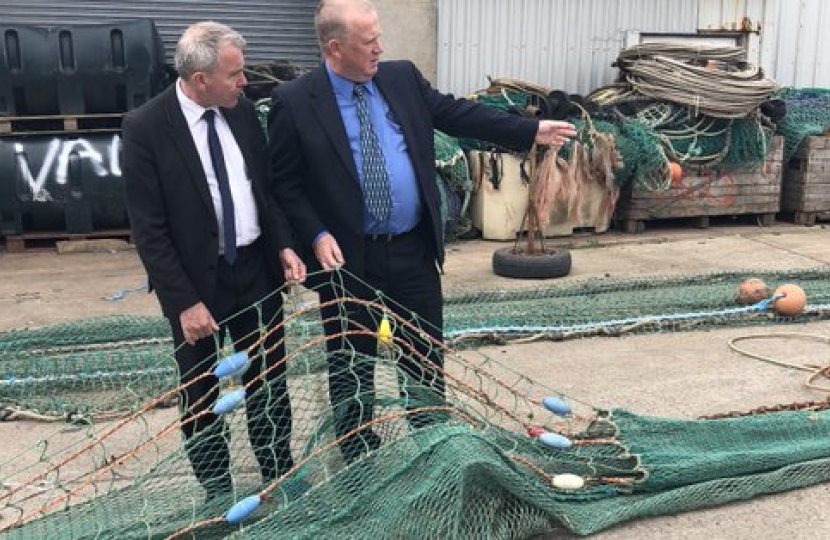 During the visit he visited a number of local businesses including Kilkeel Seafoods & Sea Source and discussed a number of issues facing the Northern Irish fishing industry including EU Exit. He also had the opportunity to tour both harbours, see planned developments and meet local school children learning about local marine life.

While in Ardglass he spoke to BBC Northern Ireland, with his interview covering Brexit, what it means to fishermen, the future for the Northern Ireland fishing industry together with the importance of securing a deal with the European Union.

I am delighted to visit the fishing ports of Arglass and Kilkeel at such a pivotal time for our fishing industry as we leave the EU and become an independent coastal state.

With a high quality catch and a skilled workforce, it is heartening to see first-hand the ambitious plans for the future and share our enthusiasm for fishing with future generations.