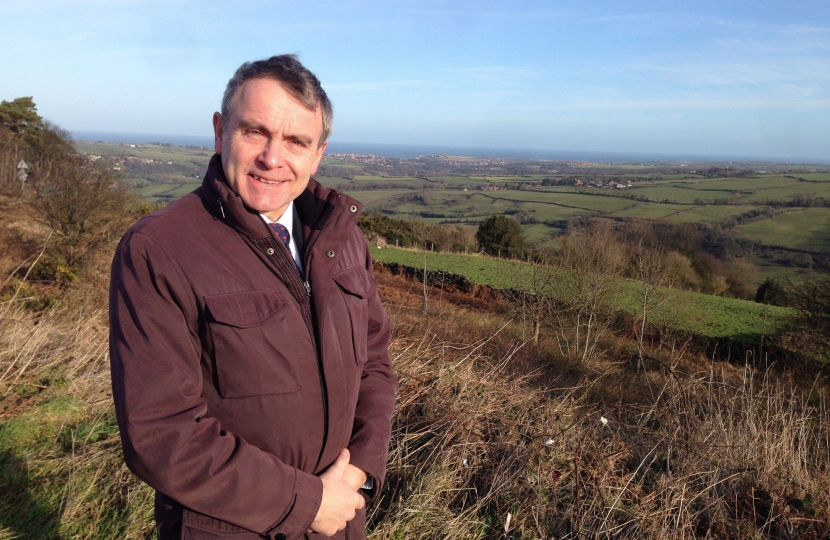 A former Minister has become the first Conservative MP to publicly back an all-Yorkshire devolution deal with powers and money flowing to the region from Westminster. Ex-Immigration Minister Robert Goodwill told the Government “doing nothing is not an option” with 18 out of 20 of the region’s councils backing ‘One Yorkshire’.

Sheffield City Region Mayor Dan Jarvis, who was elected on a promise to secure a deal, said the Scarborough and Whitby MP’s backing was “good news”.

The Tory’s comments will pile pressure on other MPs in his party to reveal their position on One Yorkshire and alert Northern Powerhouse Minister Jake Berry and Local Government Secretary James Brokenshire, who are still considering proposals tabled by the council leaders in March.

Mr Goodwill made clear he would welcome South Yorkshire, where Sheffield and Rotherham currently oppose One Yorkshire, and north-east Lincolnshire into the deal if they wish.

The MP told The Yorkshire Post: “It is about having a single figure, a directly elected metro mayor who will speak for the region and who will also coordinate the work of the local authorities and work with them as a Cabinet to give Yorkshire the same influence that now places like Manchester and Birmingham have with their metro mayors, who are certainly household names in their own areas and are increasingly becoming national figures.”

It came after Tory MP for Thirsk and Malton Kevin Hollinrake, who favours a series of city-based deals, tried to persuade North Yorkshire council leaders to break away from backing a region-wide agreement at an hour-long meeting yesterday which he described as “constructive”.

“I think there’s a recognition we need to look at all options and particularly when we seem to have reached something of an impasse,” the MP said.

Mr Goodwill dismissed concerns that the diversity of Yorkshire’s economy means it would be impossible for one mayor to run it effectively.

“Yorkshire has a very diverse economic and social geography but no one has ever made that argument to split the UK into North and South,” he said.

Any mayor would be forced to represent the whole region and not just their heartland or they will be voted out of office, he said.

“The electorate will see through anybody just represents a small part of the region,” he said.

He said: “It is time for people (MPs) to put aside some of the pressure they are receiving from local councillors who may be worried about losing some influence and power and understand that by pooling all the resources of Yorkshire behind a mayor we will boost the opportunities in very many districts in Yorkshire.”

In a message to Mr Berry, he added: “Ministers need to make a decision. The fact that not everyone can agree on a way forward doesn’t mean doing nothing is an option as we are getting left behind. We are missing out.”

Responding, Mr Jarvis said: “I welcome the good news that Robert is publicly backing Yorkshire devolution It is yet more evidence of the growing support for our campaign amongst people, businesses and politicians right across the political spectrum.”

Mr Grogan, MP for Keighley, added: “I think Robert’s support for the One Yorkshire cause is very significant.

“He has a distinguished record as a Minister and is well respected by his parliamentary colleagues on both sides of the House. Most importantly he knows how Government and the corridors of power in Whitehall work.”