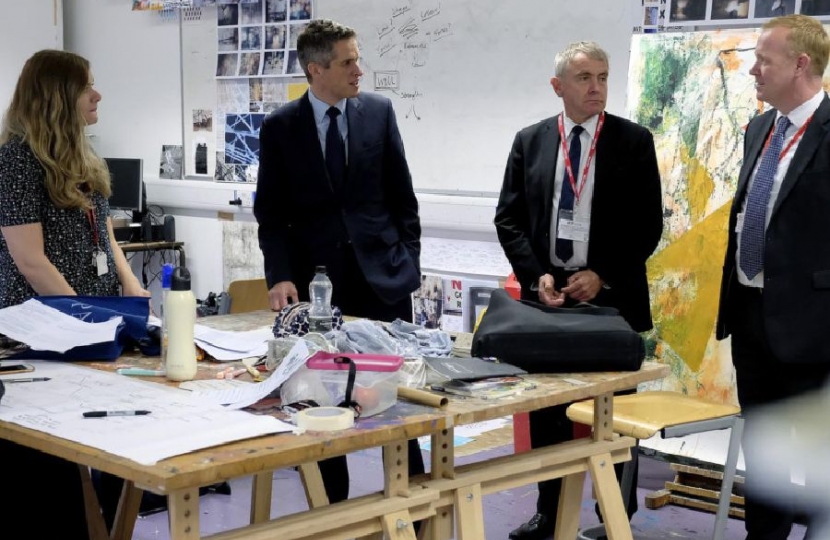 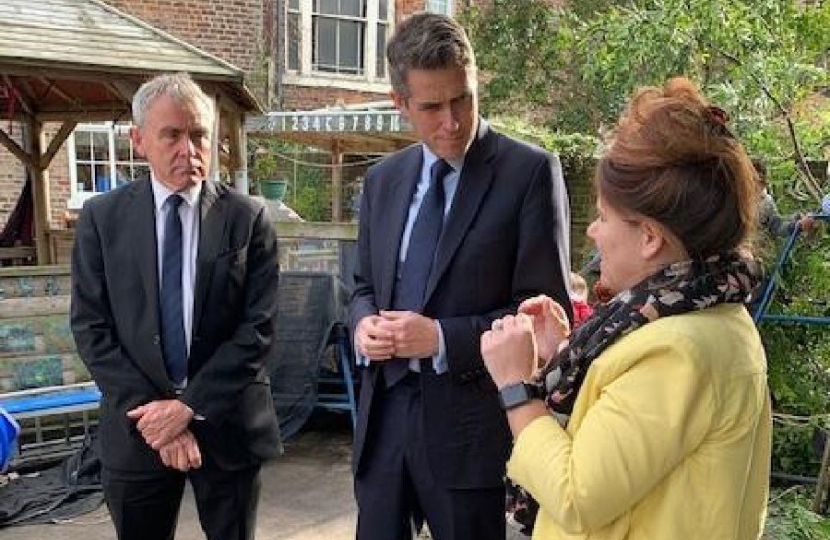 Education Secretary Gavin Williamson expressed his commitment to "put right the wrongs that had been going on for far too long" during a visit to Scarborough.

Mr Williamson, who grew up in the resort, came back to his hometown today to visit schools from the North Yorkshire Coast Opportunity Area.

The South Staffordshire MP, who described Scarborough as an "amazing" and "thriving" place "close to his heart", said the purpose of the visit was to see how the Opportunity Area programme, which saw £6m being invested into early years education and secondary schools, is "changing young people's lives".

The day started with an "emotional" visit to East Ayton Primary school, which Mr Williamson attended in the 1980s.

He said: "It felt quite emotional, going into the school hall you sort of remember all those years ago when I was at school there but equally, it was really interesting to see how the Opportunity Area money is helping all schools in Scarborough.

East Ayton have established a Forest school which is helping children to learn about being outdoors and staff said how by doing that it was driving up the attainment of boys, especially in terms of English, which was great to hear."

The Secretary then went on to visit Childhaven Nursery, on Belgrave Crescent, which he described as a place providing "really high quality education at such an early age", Gladstone Road Primary school and his own sixth form, Scarborough Sixth Form College.

During the visit, which comes a day after the end of the Conservative Party Conference in Manchester, Mr Williamson also mentioned the new funding boost that schools across the country, and in Scarborough, are going to receive from the next academic year.

"When I got this job one of the first people that got in touch with me was Robert Goodwill  saying 'we need to address this[funding issue and that's why we've got a package of £14bn. That means that we're setting out the minimum amount of funding for every single school in the country and that is £5,000 per pupil for every secondary school and £3,750 per pupil for every primary school that will be rising to £4,000 the following year.

He added: "Because places like Scarborough mean an awful lot to me, I wanted to put right the wrongs that had been going on for far too long and that's what I've been doing. I knew we needed to address this problem and I got the support of the Prime Minister to get this problem addressed."

The Secretary of State also spoke of £700m going towards alternative provision for children with special educational needs, who have often been "let down".