Congratulations to our new Prime Minister 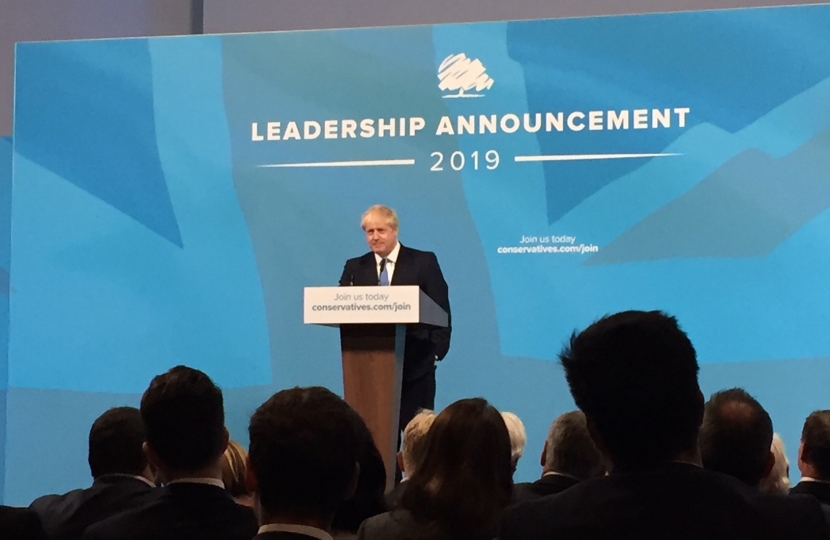 Boris Johnson has been elected as the leader of the Conservative Party and will become Prime Minister on Wednesday 24th July when Theresa May stands down.  It was a clear result with a very high turnout of 87% of members of the Party voting with Boris securing two thirds of the votes.  Commenting Robert Goodwill said, "Boris can be assured of my 100% support as he takes on this role at one of the most important times in our history.  People are frustrated that Brexit has not been delivered three years on from the referendum.  He has laid down his key tasks; to deliver on Brexit, unite the country, defeat Jeremy Corbyn's Labour party and energise the country."