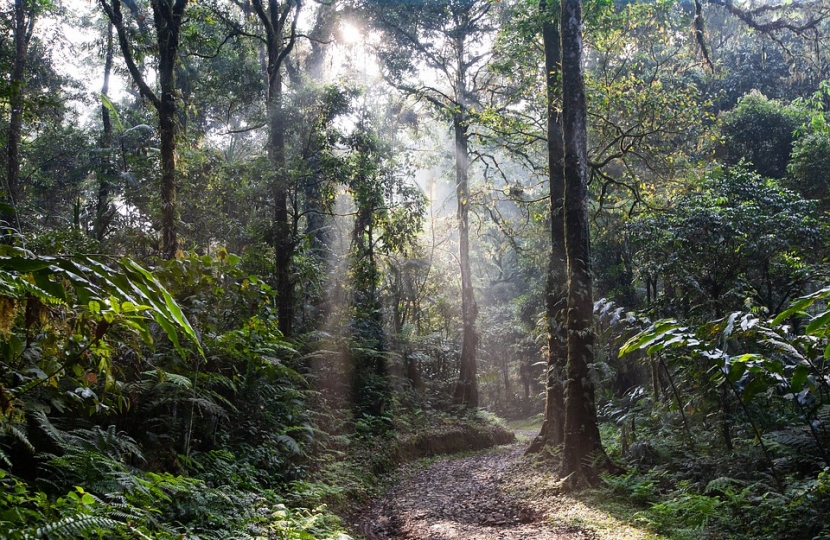 Thank you for contacting me about the rainforests.

I am deeply concerned by the increase in fires in the Amazon rainforest and the impact of the tragic loss of these precious habitats. The effect of these fires will be felt around the world which is why we need international action to protect the world’s rainforests. I am therefore proud that the UK continues to support projects in Brazil, with the Prime Minister announcing an immediate donation of £10 million to help protect and restore the Amazon rainforest.

The Government’s 25 Year Environment Plan sets out ambitions to support and protect the world’s forests, supporting sustainable agriculture and zero-deforestation supply chains. In 2013 rules were brought in to stop illegal timber from being imported into the EU and sold which means anyone wishing to sell timber must be able to show that it has not been harvested illegally.

The UK has committed to spending £5.8 billion in international climate finance (ICF) between 2016 and 2021, which includes programmes that aim to reduce emissions from deforestation and land use change. Since the ICF began in 2011, the UK has spent over £800 million on forest and land use programmes, including projects which aim to reduce deforestation in Brazil, the Democratic Republic of Congo and Indonesia. £64.9 million has already been spent to protect over 200,000 hectares of forest in the Amazon, Atlantic Forest and Cerrado regions.

The UK is determined to support companies to implement zero-deforestation supply chains. Through the Amsterdam Declarations and the Tropical Forest Alliance 2020, the Government is working globally to put in place incentives, policies and actions which support sustainable production of palm oil alongside forest protection. While there are no proposals to bring forward a ban, further opportunities to improve the sustainability of palm oil production should be explored.