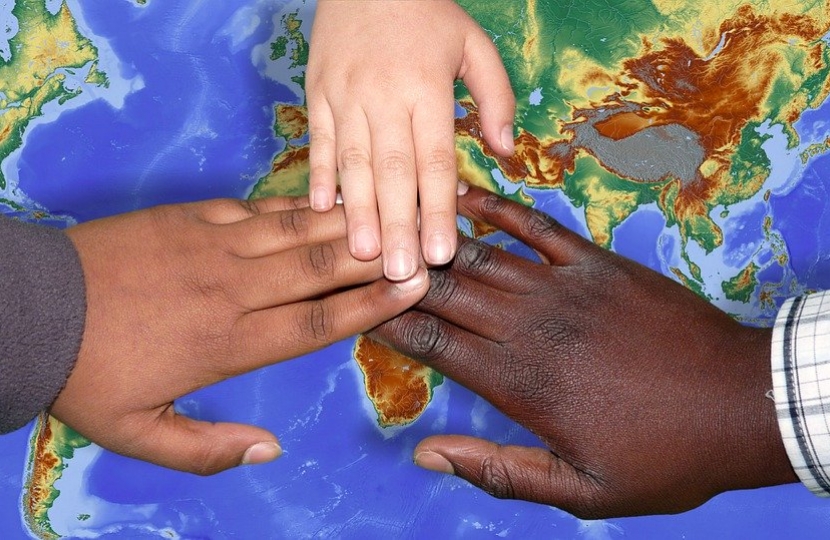 Thank you for contacting me about the UK’s points-based immigration system.

When people voted to leave the EU, they did so in the knowledge that the free movement system imposed by the EU would end. The Home Secretary has been clear that she has a particular responsibility to take back control and bring an end to free movement once and for all. To do this, the Government has introduced the an Immigration and Social Security Coordination (EU Withdrawal) Bill in the House of Commons. This Bill will end free movement and provide the Government full control of our borders for the first time in many decades.

I welcome the Government’s commitment to build a fairer single, global immigration system which considers people based on their skills, rather than nationality. The Home Office has now released a policy statement outlining that it will replace free movement with the UK’s very own points-based system. This new system will prioritise those with the highest skills and greatest talents, including scientists, engineers, academics and innovators.

I have always believed that the new system is more than simply controlling immigration. I am glad that the Government has committed to reducing the overall levels of migration while ensuring we attract the best and brightest from across the world. This process is also about the creation of a high wage, high skill, high productivity economy. This ambition explains why the Government will not be introducing a general low skilled or temporary work route. I welcome this approach as the UK needs to move away from relying on cheap labour from Europe and focus instead on investment in technology and automation.

On 19 February 2020, the government set out the details of the UK’s points-based immigration system. These new arrangements will take effect from 1 January 2021, once freedom of movement with the European Union (EU) has ended. It will treat EU and non-EU citizens equally and aims to attract people who can contribute to the UK’s economy. Irish citizens will continue to be able to enter and live in the UK as they do now.

New immigration routes will open from autumn 2020 for applications to work, live and study in the UK from 1 January 2021.

You’ll be able to apply and pay for your visa online.

When you apply, you’ll be asked to provide your biometric information. The process for this is:

For most visas you’ll provide a digital photo of your face using a smartphone app. You will not have to give your fingerprints.

For a small number of minor visa routes (to be confirmed later this year) you’ll need to go to an overseas visa application centre to have your photo taken.

You’ll continue to submit your fingerprints and a photo at an overseas visa application centre.

The points-based system will include a route for skilled workers who have a job offer from an approved employer sponsor.

From January 2021, the job you’re offered will need to be at a required skill level of RQF3 or above (equivalent to A level). You’ll also need to be able to speak English. The minimum general salary threshold will be reduced to £25,600.

If you will earn less than this - but no less than £20,480 - you may still be able to apply by ‘trading’ points on specific characteristics against your salary. For example, if you have a job offer in a shortage occupation or have a PhD relevant to the job.

Details of how the points system will work are in the policy statement.

If you’re an employer planning to sponsor skilled migrants from 2021, and are not currently an approved sponsor, you should consider getting approved now.

The global talent scheme will be opened up to EU, EEA and Swiss citizens. It will allow highly skilled scientists and researchers to come to the UK without a job offer.

There will not be an immigration route specifically for low-skilled workers.

The seasonal agricultural visa pilot scheme will be expanded - recognising the significant reliance this sector has on low-skilled temporary workers.

Student visa routes will be opened up to EU, EEA and Swiss citizens. You’ll be able to apply for a visa to study in the UK if you:

A new graduate immigration route will be available to international students who have completed a degree in the UK from summer 2021. You’ll be able to work, or look for work, in the UK at any skill level for up to 2 years.

EU, EEA and Swiss citizens and other non-visa nationals will not require a visa to enter the UK when visiting the UK for up to 6 months. All migrants looking to enter the UK for other reasons (such as work or study) will need to apply for a visa in advance.

EU, EEA and Swiss citizens will continue to be able to cross the UK border using a valid passport.

We may stop accepting EU, EEA and Swiss national ID cards for entry to the UK after 2020. We’ll announce further details, including the date for this change, in advance. However, if you begin living in the UK before 31 December 2020 and have status under the EU Settlement Scheme, you’ll be able to use your national identity card to enter the UK until at least 31 December 2025.

Proving immigration status in the UK

EU, EEA and Swiss citizens will use an online service to view their immigration status and to prove their status to others.

Employers, landlords and public service providers will continue to accept EU citizens’ passports and identity cards as evidence of their immigration status until 30 June 2021.

Guidance for employers is available on carrying out right to work checks on EU citizens and their family members in the UK.

Non-EU citizens will continue to use a physical document to prove their immigration status.