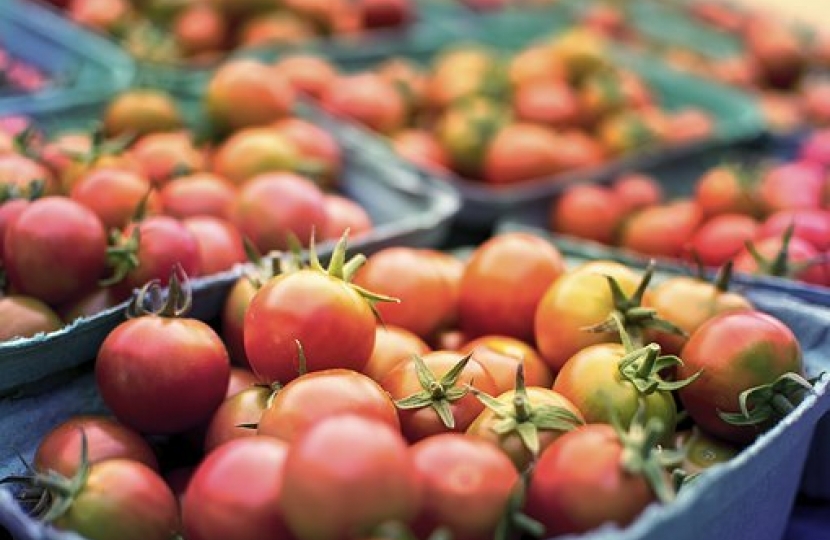 Thank you for contacting me about food standards and future trade deals.

I fully recognise the importance the public attach to the UK’s high standards of food production, and the unique selling point it provides for our farmers, whose high-quality produce is in demand around the world.

I know that in trade negotiations the Government will not compromise on our high environmental protection, animal welfare and food safety standards.

Without exception, all animal products imported into the UK under existing or future free trade agreements from all trading partners, including the EU and others, will have to meet our stringent food safety standards, as they do now.

These standards have been built up over many years and have the trust of the public and the world. I know the Government will not adjust those standards to secure a trade deal.  The standards will be based on science and decided by the UK alone.

I want to see a vibrant and resilient farming sector in the UK, and the UK’s newfound status as an independent trading nation could benefit our farming industry. Indeed, new free trade agreements could lead to gains for UK agriculture.

For example, analysis by the Department for International Trade shows that an agreement with the US will deliver economic gains for the agri-food sector.  Opening the vast US market could help boost UK farmers’ incomes and reduce their input costs, making them more competitive, more productive, and more profitable.

Regarding the Agriculture Bill, I voted alongside the Government against new clauses one and two. The UK already imports food from countries such as Canada, South Africa and Japan through preferences in existing free trade agreements – none of these agreements require those countries to follow domestic UK production standards.

The amendments would have put up new trade barriers and prevented the Government from being able to agree fair and mutually beneficial trade deals. Indeed, forcing all our trading partners to produce to UK domestic standards would only result in fewer export opportunities for our own farmers. In addition, the amendments, if implemented, would have caused real challenges for developing countries and our Commonwealth partners, as for them it would be particularly difficult to align with UK domestic production standards.

An agreement with the US could lower tariffs on products, including beef and cheese, creating new export opportunities for the UK’s high-quality producers. You may be interested to know that the National Sheep Association recently stated that a free trade agreement with the US would benefit sheep farmers in all parts of country by creating new opportunities and driving demand.

Prices for premium products also tend to be higher in the US, so improved access will allow UK farmers to obtain high prices for their quality produce. It is also worth noting that the US has relatively high costs of production compared to the UK. As an example, US beef is currently 6 per cent more expensive than EU beef.

I want to reassure you that the EU Withdrawal Act will transfer all existing EU food safety provisions onto the UK statute book. This includes current import requirements, which for example ban the use of artificial growth hormones in domestic and imported products, and stipulate that no products besides potable water are approved to decontaminate poultry carcases.