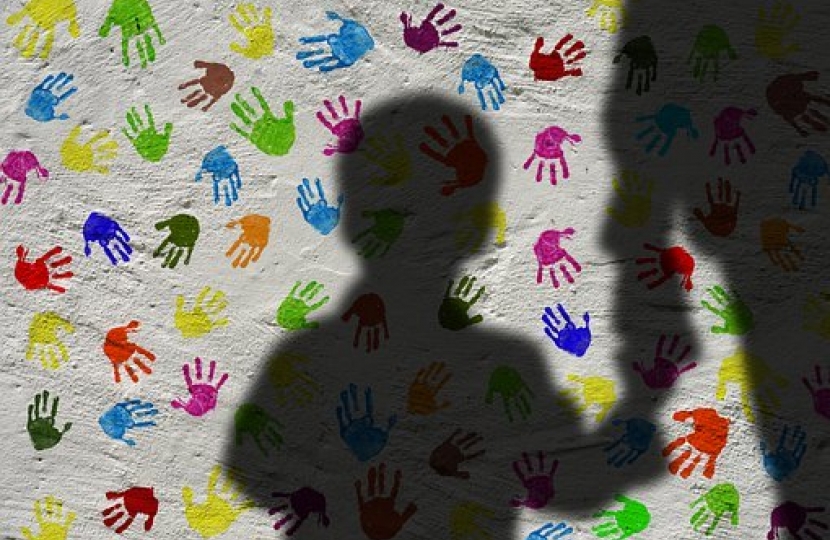 Thank you for contacting me about domestic and sexual violence.

The Government has continued to take action to combat these abhorrent crimes by significantly strengthening our laws and introducing new tools to protect victims. This includes the criminalisation of forced marriage, new stalking offences, an offence for failing to protect a girl from Female Genital Mutilation (FGM), lifelong anonymity for victims of forced marriage and FGM, a mandatory reporting duty on FGM, the national roll-out of the Domestic Violence Disclosure Scheme (also known as ‘Clare’s Law’), making Domestic Homicide Reviews mandatory and a new offence of domestic abuse covering controlling and coercive behaviour.

The Government has also supported the introduction of a new civil Stalking Protection Order to stop perpetrators and protect victims at the earliest possible opportunity, particularly victims of so-called ‘stranger stalking’.

I welcome the introduction of the Domestic Abuse Bill to Parliament. The Bill will create a legal definition of domestic abuse to provide clarity that domestic abuse can be financial, verbal and emotional as well as physical and sexual and that critically it is about patterns of abuse over time. Measures in the Bill also include the introduction of new Domestic Abuse Protection Notices and Domestic Abuse Protection Orders to further protect victims and place restrictions on the actions of offenders.

A Domestic Abuse Commissioner has also been appointed to stand up for victims and survivors; raise public awareness; monitor the response of local authorities, the justice system and other statutory agencies; and hold them to account in tackling domestic abuse.

It is vital to emphasise that social distancing does not prevent people from leaving their homes in search of a place of safety if they live in an abusive household. I welcome the fact that the Government and the new Domestic Abuse Commissioner are working closely to ensure charities on the frontline receive a share of the Government's £750 charitable support package. In addition, £2 million has been announced to provide technological support for domestic abuse services and £600,000 to allow victim helplines to remain open for longer.

The impact domestic abuse can have on children is stark and devastating. The Government has been clear in the importance of recognising this impact in the statutory functions of the domestic abuse commissioner. I welcome the fact that a key responsibility of the commissioner will be to encourage good practice in the identification of children affected by this terrible crime and to provide protection and support. You may be encouraged to hear that the Bill places a duty on the Home Secretary to release guidance on the effect of this.

A total of £76 million will also ensure that the most vulnerable in society can access the support that they require. Of this, £10 million is being provided specifically for safe accommodation. The Emergency Support Fund for Domestic Abuse Safe Accommodation will support refuge charities so that can continue to operate and they can apply to provide temporary accommodation through the £10 million fund.

The so called ‘rough sex’ defence is inexcusable, and I welcome the fact that the Government has committed to ensuring that the law is made clear on this point. The CPS has also been clear that claims that a victim has consented to an assault does not prevent prosecution.