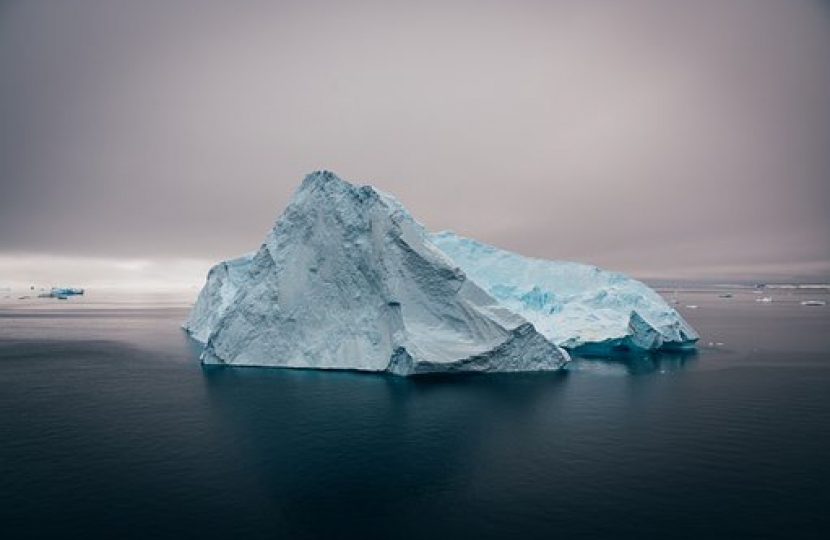 Thank you for contacting me about climate change.

Climate change is one of the greatest challenges we face, and I can assure you that I recognise the importance and urgency of action on this issue.

I am proud of the UK’s world-leading role in tackling climate change and the transition to Clean Growth, with the UK being the first country to legislate to eliminate our contribution to climate change by 2050, and the fastest in the G20 to cut emissions. When we achieve net zero, the UK will have eliminated its contribution to climate change, which as of December 2019 accounted for 1.2 per cent of global emissions. Many other countries will hopefully follow our ambition, particularly those with a larger share of global emissions, such as China which accounted for 30 per cent. Since 1990 the UK economy has grown by 75 per cent while cutting emissions by 43 per cent.

To continue this momentum, the Government has announced around £2 billion for new policies since setting the Net Zero targets and the Prime Minister-chaired Cabinet Committee on Climate Change continues to ensure all arms of Government are focussed on tackling this challenge. The UK will also continue to use its position as a global leader at the postponed UN Climate Change Summit, and will ask international partners to match the UK’s ambition.

The Budget also reinforced the UK’s strong track record in this area, with announcements including £640m for tree planting and peatland restoration, over £1bn to support the transition to electric vehicles, at least doubling funding for energy innovation, and tax measures to reduce plastic waste, among other measures.

At the same time, the Environment Bill is being introduced to protect and improve the environment for future generations, enshrining in law environmental principles and legally-binding targets.

Ultimately, I am assured that under this Government’s leadership, action will be taken so that future generations will look back on climate change as a problem that was solved with the UK leading from the front, protecting our planet for centuries to come.

Getting to net zero by 2050 is tough and expensive, but feasible and consistent with avoiding most damaging climate change. Aiming for zero emissions by 2030 is almost certainly impossible, hugely disruptive and risks undermining consensus. Climate change is an emotive issue, but a cross-community consensus will be required to ensure the UK achieves a transition that works for all.

After reviewing the Oil and Gas Authority’s report into recent seismic activity at Preston New Road, unacceptable impacts on the local community cannot be ruled out. Therefore, the Government has immediately announced a moratorium and no more fracking will take place in England.

At a local level, the Government has launched a Local Energy Programme which will provide support to Local Enterprise Partnerships and local authorities to help them implement energy projects which reduce carbon emissions and benefit their communities. Substantial funding has also been provided to support Heat Networks and other low carbon projects, while the National Planning Policy Framework includes guidance on how local authorities can meet the challenge of climate change.

Nearly 400,000 people are working in the low-carbon economy and the Government is committed to creating thousands of highly skilled, well paid jobs up and down the country. For instance, I welcome that the Offshore Wind Sector Deal could see the number of jobs triple in this sector to 27,000 by 2030.

The Government also delivers the Rural Community Energy Fund, a £15 million programme, to support rural communities in England to develop renewable energy projects which provide economic and social benefits to the community.

The Government is introducing a mandatory supplier-led route to market, the Smart Export Guarantee. This new scheme will create a whole new market, encouraging suppliers to competitively bid for this electricity, giving exporters the best market price while providing the local grid with more clean, green energy, unlocking greater choice and control for solar households over buying and selling their electricity. This could also reduce strain on energy networks with a more decentralised and smarter local network delivering resilience much more cost effectively.

The UK is a world leader in clean growth and with Government support, £92 billion has been invested by businesses in clean energy since 2010. Our renewable capacity has quadrupled since 2010 and the UK has the largest installed offshore wind capacity in the world thanks to our sustained investment in this crucial technology.

Plans for new nuclear projects are long-term and the UK’s energy security is in a strong position as we have one of the largest and most diverse gas markets in Europe. In addition, the UK's first new nuclear power plant in a generation, Hinkley Point C will provide 7 per cent of the country's energy needs, while renewable capacity has quadrupled since 2010, with capacity in offshore wind set to double throughout the 2020s.